EUR/USD Having Second Thoughts at the 100 SMA, After Breaking Above the Other MAs - Forex News by FX Leaders 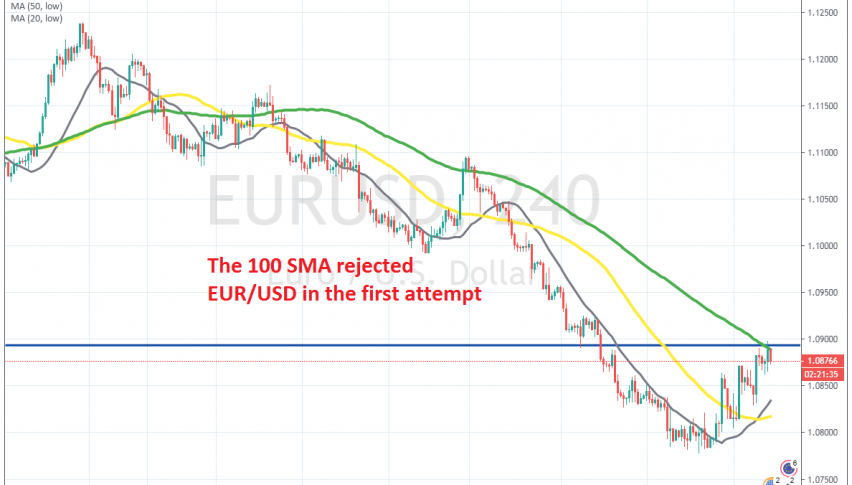 EUR/USD Having Second Thoughts at the 100 SMA, After Breaking Above the Other MAs

The pullback higher is complete on the h4 chart

EUR/USD has been on a bearish trend since the beginning of this year. It has been bearish since early 2018 in fact, but we saw a pullback higher in Q4 of last year, as the trade war between US and China de-escalated and Brexit finally took a direction.

But, the sentiment turned negative this year, with tensions between US and Iran and later the outbreak of coronavirus. As a result, this pair has been bearish since then, losing around 450 pips from top to bottom. This month has been pretty bearish actually, as the decline has been steep and the smaller MAs such as the 20 SMA turned into resistance.

But, this week we have been seeing a pullback higher. The coronavirus spread in Italy last weekend and we have seen cases across Europe this week, which should have kept the Euro bearish. But, it has decided to retrace higher after the steep decline earlier this month.

Buyers have pushed above all moving averages on the H4 chart, as seen above, but now they are facing the 100 SMA (green). This moving average has rejected EUR/USD in the first attempt, but the price is not falling too far from it. So, the 100 SMA is in question now. If it holds, then we might decide to go short in this pair.