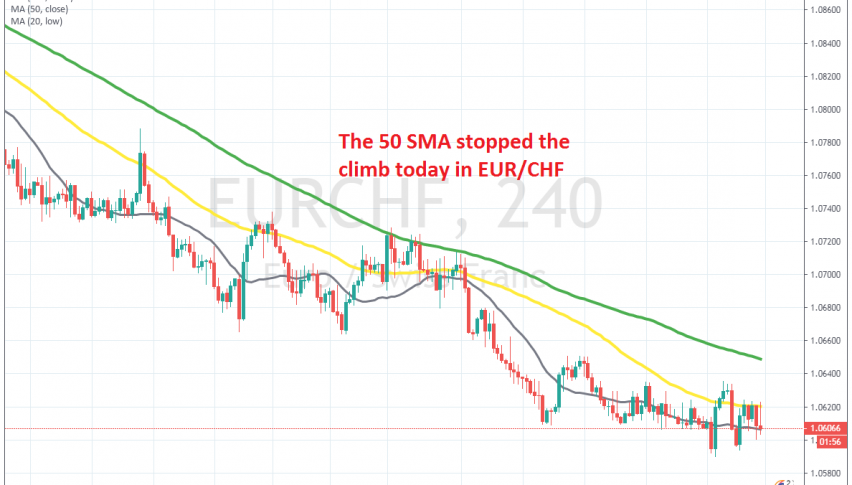 The trend remains bearish for EUR/CHF

EUR/CHF has been bearish for a long time, as the sentiment in financial markets has been mostly negative, due to the trade war between US and China, as well as from the slowing global economy. The CHF has benefited from that as a safe haven, hence the long term bearish trend in this pair.

During this time, moving averages, such as the 50 SMA (yellow) and the 100 (green) have been pushing the price lower. When the trend picked up pace, the smaller MAs have provided resistance, when the trend slowed, the 100 SMA has come to rescue.

On Tuesday, we saw a retrace higher, despite the deterioration in the sentiment and EUR/CHF broke above the 50 SMA on the H4 chart. But, it wasn’t enough to push to the 100 SMA. The price reversed after forming an upside-down pin candlestick which is a reversing signal. I opened a sell forex signal yesterday at the 50 SMA, so we are in profit already with this trade now.