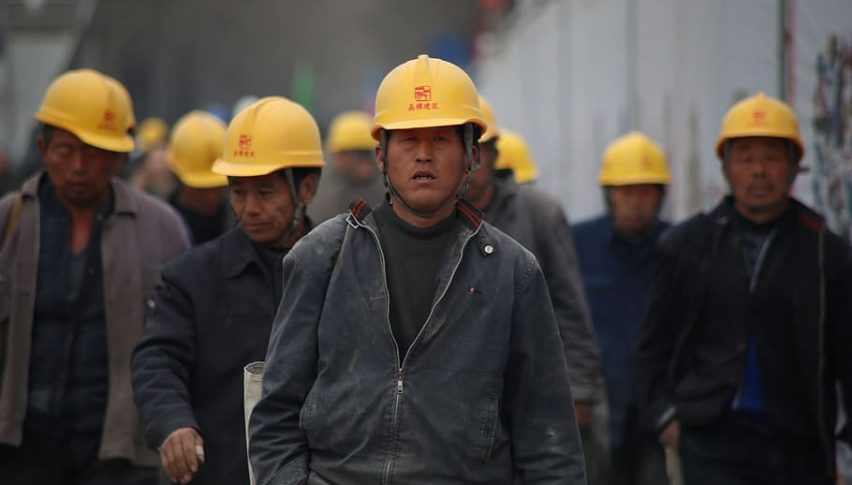 China and the rest of the globe for that matter, is taking hits one after another. The global financial crisis hit everyone hard in 2008 and the economic recession that came in the following years was the worst since 1930s. Central banks threw the kitchen sink at the economy, as they kept cutting interest rates and started quantitative easing (QE) programmes to help the economy.

Central banks got scared and they started pumping money on the economy again. In Q4 of last year, the global economy started to improve again as a result. Manufacturing came out of contraction in China and the US. But, no rest for the wicked, is there?

The manufacturing PMI indicator fell to 35.7 points, while non-manufacturing PMI dived to 29.6 points. This is the deepest contraction ever recorded for this indicator, in any country I think. I have been in this business for a decade and a half now, but I have never seen this indicator so low, even during the big crisis of 2-008-2009. New infected cases in China are declining, but the country will remain in lock-down and contraction will continue for a few months at least.

This will weaken the global economy, since China is connected to all places of the Earth. But that’s not the worst; the virus is spreading fast in Europe and other countries and we have seen lock-down in certain areas in Italy. If the virus spreads further, the lock-down will expand further in Italy and Europe. That will hurt the economy further.

Central banks are getting ready to resume easing the monetary policy again, with the Bank of Canada expected to take the first step on Wednesday. But, if people stay inside to isolate themselves until the virus goes, I don’t know how the monetary policy will work. So, here is another shock for the global economy, as China falls in deep contraction and other countries are expected to follow suit.

Check out our free forex signals
Follow the top economic events on FX Leaders economic calendar
Trade better, discover more Forex Trading Strategies
Related Articles
Strong Bullish Sign in the USD Today, but Can It Keep That Up?
USD/CAD surged 150 pips higher today as the USD buyers returned, although it's the first trading day of 2023
1 month ago

Forex Signals Brief for January 3: Global Manufacturing in Contraction Besides Switzerland
1 month ago