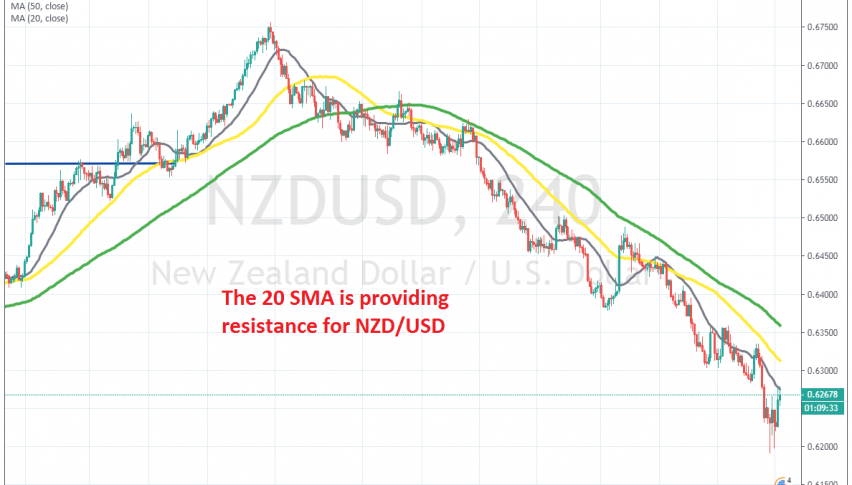 Selling the Pullback in NZD/USD at the 20 SMA

The retrace seems complete now on the H4 chart

NZD/USD has been on a bearish trend since the beginning of this year. In fact, the trend has been bearish for a couple of years now, but in Q4 of last year, we saw a retrace higher as China and the US were heading for a partial trade deal. During the retrace higher, moving averages were providing support on the H4 chart.

But, once the price reversed down and moved below moving averages, these MAs turned into resistance. The larger MAs such as the 100 SMA (green) has provided resistance when the pullbacks were decent. When the trend has picked up pace, the smaller MAs have taken up that job.

The coronavirus outbreak has hurt the sentiment considerably and risk assets, such as commodity currencies have been declining. Although, we are seeing a pullback higher today, but buyers are having trouble pushing above the 20 SMA on H4 chart. We decided to sell this pullback, since it already looks complete and the sentiment continues to remain negative. So, we are short on NZD/USD now and waiting for the bearish trend to resume.