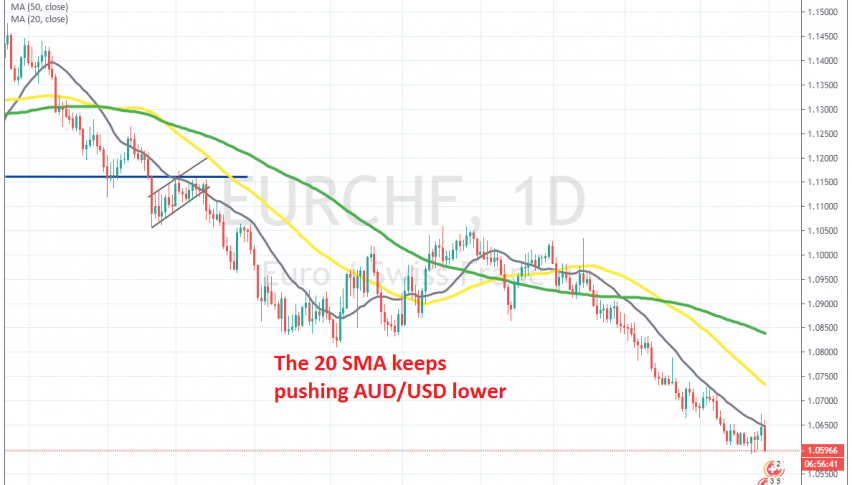 EUR/CHF has been on a bearish trend since May last year, as the global economy stared to weaken again, after a short-lived recuperation in Q2 of 2018 and the sentiment turned negative. We saw a slight retrace higher in the last several months in this pair, as the sentiment improved a bit due to the Phase One trade deal.

But the decline resumed again in January this year, as the sentiment deteriorated further, on US-Iran tensions and the outbreak of coronavirus. The trend has been pretty strong this year, which is shown by the 20 SMA (grey) acting as resistance on the daily chart.

This moving average has been pushing EUR/CHF lower and hasn’t waited for retraces. The only retrace higher took place earlier last week. Buyers pushed above the 20 SMA for a while, but the sellers returned and pushed it back down. So, the bearish trend has resumed now and we will be looking to sell any retrace higher on smaller period charts.