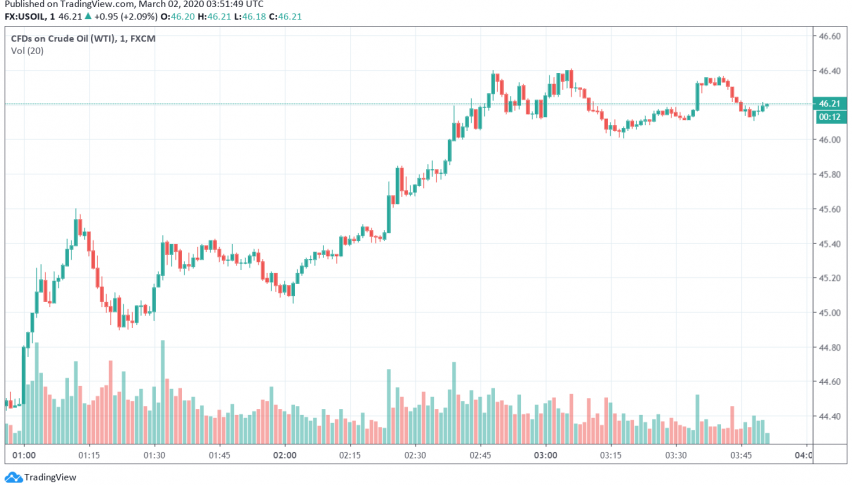 At the start of a brand new trading week, WTI crude oil prices have posted a slight recovery from the lowest level touched in several years over the past week as traders eagerly await the OPEC and its allies to announce further supply curbs and for leading central banks to unveil stimulus measures to support the weakening economy worldwide. At the time of writing, WTI crude oil is trading at around $46.21 per barrel.

Oil markets turned severely bearish last week over rising number of coronavirus cases being reported from several countries around the world, especially in Europe, prompting further travel restrictions to be implemented. This also lead to sharp sell-offs in global stock markets and raised the risk of the global economy slipping into a recession as a result a possible pandemic.

Crude oil prices received some relief over recent reports indicating Saudi Arabia’s interest in cutting crude production by as much as 1 million barrels per day to offset the decline in demand for oil. The rise in international cases could convince OPEC and its allies to increase proposed supply cuts from the previously expected 600k bpd to 1 million bpd.

There is also some hope that central banks around the world could come to a consensus about further easing of monetary policies and interest rates to support the economy which could slow down as a result of the widespread outbreak. Any measures to support economic growth could help improve the demand for oil and help stabilize crude oil prices.