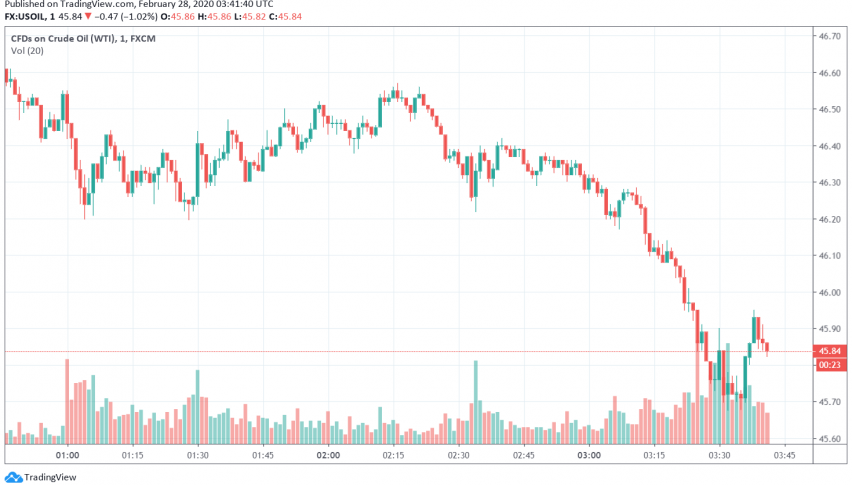 WTI crude oil prices continued their slide for the sixth consecutive session and appear all set to post decline of around 13% for this week over mounting fears about the coronavirus outbreak denting the demand for oil in global markets. At the time of writing, WTI crude oil is trading at around $45.84 per barrel.

So far, over 47 countries around the world have confirmed cases of infection while the death toll from the coronavirus has crossed 2,700. The deteriorating sentiment in global financial markets is expected to cause the worst weekly decline seen in WTI crude oil prices in over five years.

The WHO has already cautioned that all countries around the world need to be prepared to fight the spread of the virus after more cases were reported from other countries beyond China. Oil markets are increasingly worried about the possibility after coronavirus spreading across the US, the world’s largest energy consumer, even as China’s demand for oil remains weak on account of the continued shutdowns.

For now, all hope rests on on the upcoming meeting between OPEC and its allies in Vienna next week, where it is widely expected that the leading oil producers of the world could announce additional supply cuts to offset the falling demand for crude oil. Analysts estimate that the OPEC+ will have to cut up to 1 million bpd of oil production to balance the weakness in demand.