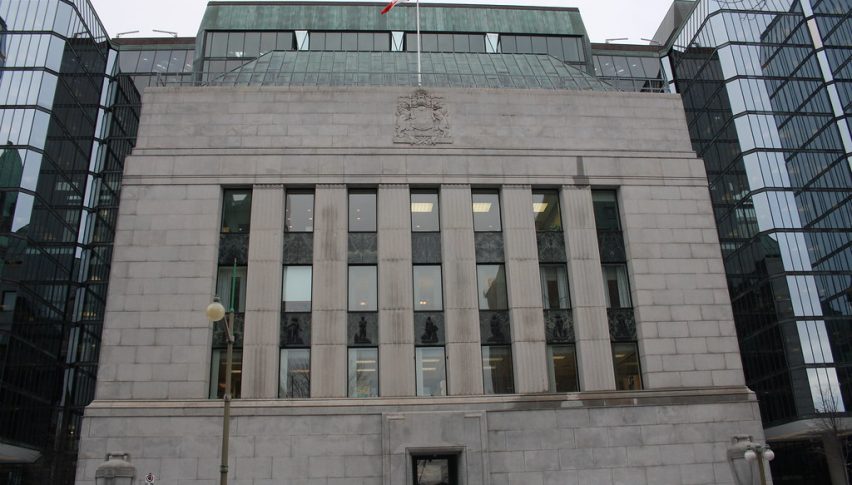 The Bank of Canada turned dovish too today, cutting rates by 0.50%

It seems like the panic from coronavirus has shifted from financial markets to central bankers now. Stock markets have stopped declining, after tumbling down for two weeks. They opened with a gap higher today and are a bit higher right now, but they are not exactly turning bullish. but at least, the decline has stopped. So, markets have been calmer today, but the panic seems to be transferring to central banks now.

Yesterday we saw the RBA cut interest rates by 25 bps, while today RBA member Debelle let us know that besides cutting rates again next time, they might as well start a quantitative easing (QE) programme. This should keep AUD/USD bearish for months, but the Jerome Powell also panicked and delivered a 50 bps rate cut. Thing is, they might not be done and cut again in the meeting later this month. The Bank of Canada followed the FED today and also cut rates by 50 bps, from 1.75% to 1.25%. The Bank of England is also thinking about cutting interest rates soon as well, and i think they will do that. So, everyone is panicking mostly due to the effects of the virus outbreak on the economy. But, I don’t know how cheaper loans/money will persuade people to risk their lives, if things get out of control. 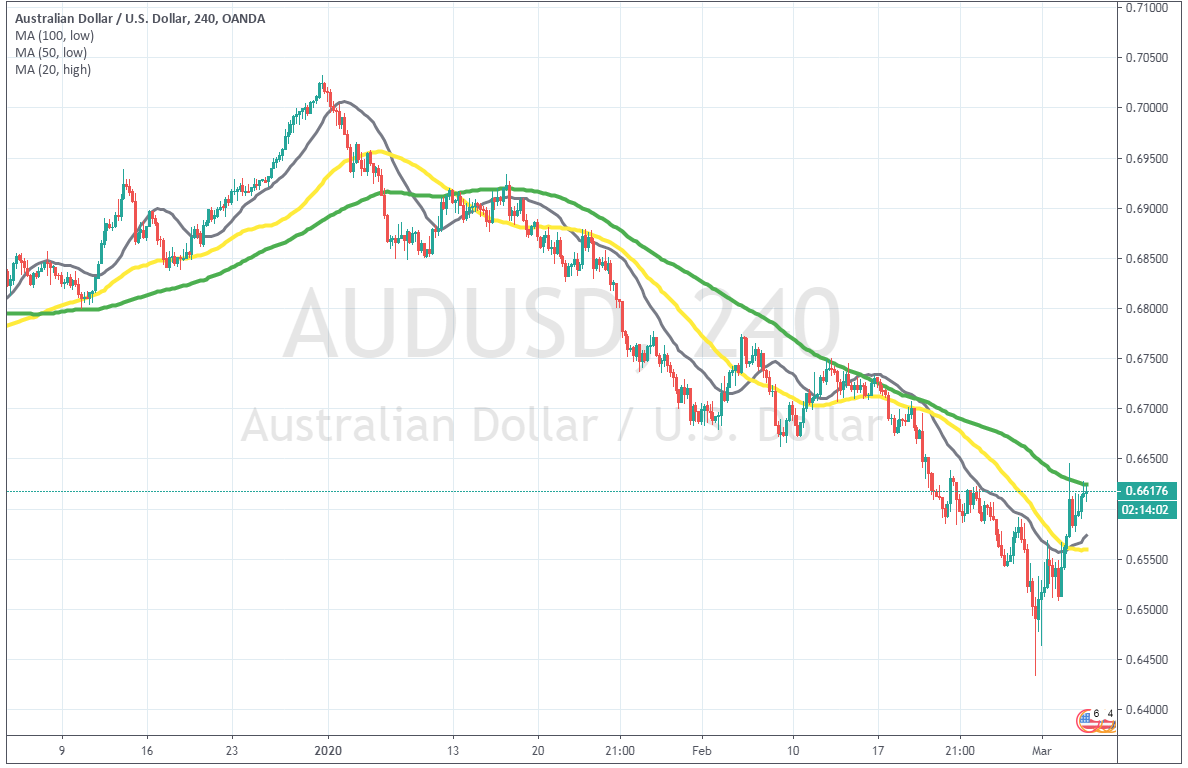 The 100 SMA is stopping the climb for AUD/USD

This will reduce the demand for raw materials and other goods from Australia, so the AUD should remain bearish. But, the odds of FED cutting interest rates this month have gone up to 100% and the USD has weakened in recent sessions, mainly shown in EUR/USD which has climbed nearly 4 cents since last week. Yesterday ther FED delivered a surprise 50 bps rate cut, which sent this pair 70 pips higher. As a result, AUD/USD has retraced higher in the last few sessions, but the retrace seems complete now on the H4 time-frame chart. The price has found resistance at the 100 SMA (green) which has done this job before and it is also overbought. Buyers seem exhausted now and a morning star candlestick formed below the 20 SMA, which is a reversing signal. We decided to sell the retrace, so now we are short on AUD/USD.

Stock markets again opened with bullish gap higher this Wednesday morning, but they have traded mostly sideways, as the European session progressed. Although, I think that the decline will resume again, as coronavirus spreads across the globe. The CAD has just delivered a 50 bps rate cut as well, so the rate who cuts more is non now.