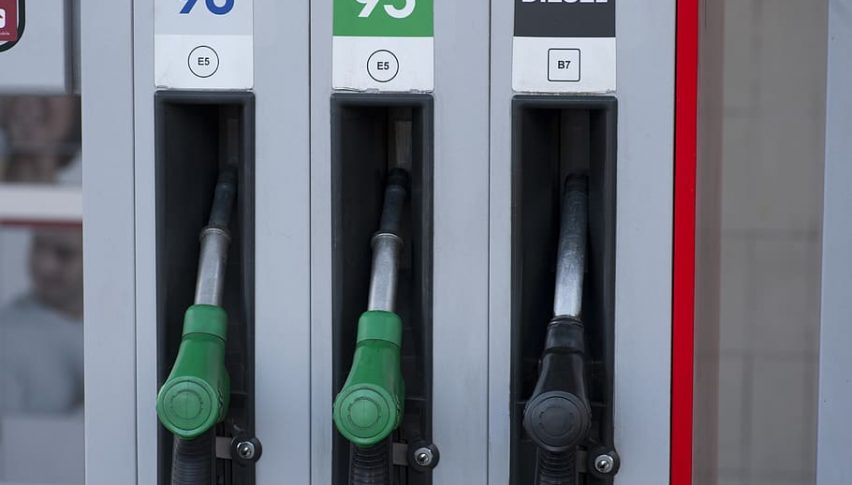 The outbreak of coronavirus has been hurting markets, as well as the global economy in the last month or so and continues to take center stage in forex. But, there was a bigger event today, or over the weekend, better I say. As we know, OPEC failed to convince Russia to join them in cutting production by 1.5 million barrels/day last Friday. Apparently, Saudis got upset about it and they are trying to bankrupt Russia I assume. They threatened to increase production instead over the weekend, while Russia replied earlier today that the Russian state energy company Rosneft can also increase production by 300k barrels/day. As a result, Crude Oil opened with a $10 gap lower last night and continued lower in the Asian session, but has recuperated a bit.

On the other hand, coronavirus keeps weighing on the stock markets, as well as the USD. The Sentix investor confidence made a strong move down today, falling into negative territory again, while governments around the globe and central banks are panicking. The FED is expected to deliver an ever bigger rate cut this month, of 0.75% and bring the range to 0.0%-0.25% by July, which has been the main factor for the big bearish move in the USD in the last two weeks. 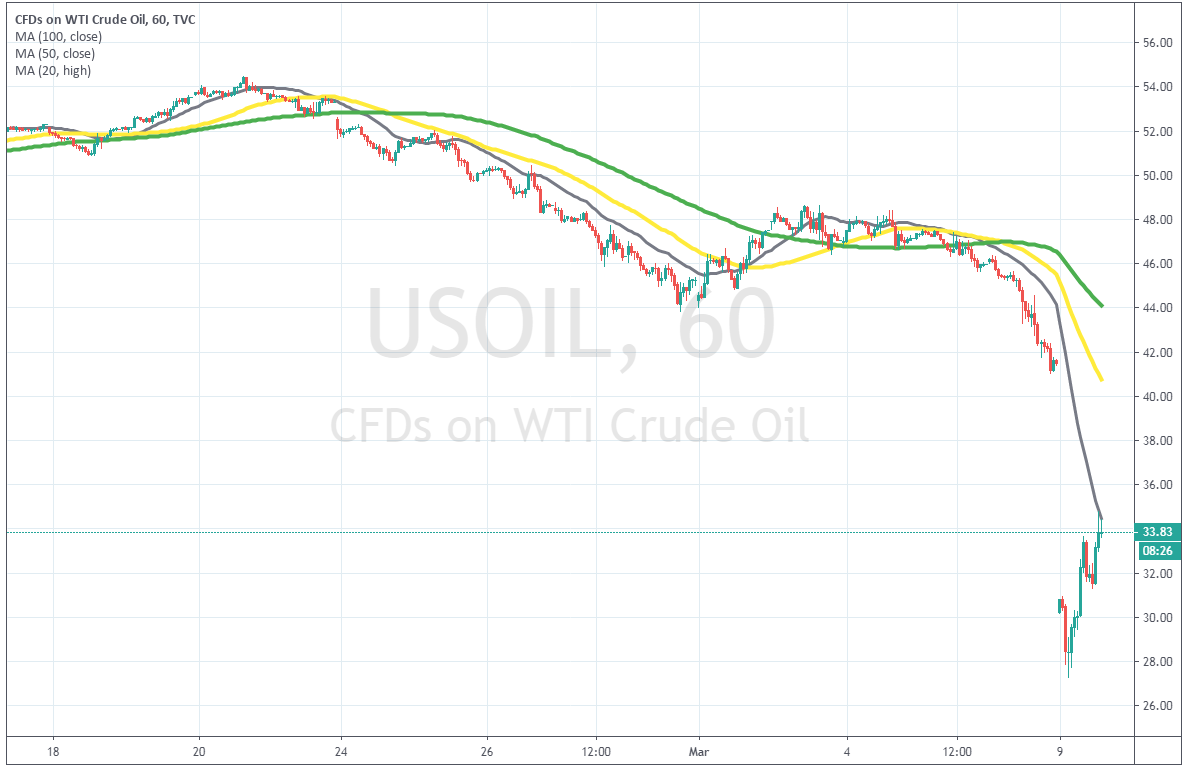 Crude Oil has been bearish since early this year, as the outbreak of coronavirus hurt the sentiment. Risk assets such as crude Oil turned bearish due to that and US WTI crude lost around $24 until markets closed last Friday. Today, they opened with a big massive bearish gap for crude Oil, worth around $11 for WTI. OPEC failed to convince Russia to join in on a 1./5 million barrels/day production cut, and it seems like Saudi Arabia got upset about it. They said to increase production instead, while Russia has replied in the same manner, which has killed any hopes of crude Oil turning bullish anytime soon.

US WTI crude Opened just above $30 last night and bounced a little, but sellers returned and sent it below that big round level. US Oil fell to $27.20 in the Asia session, but has retraced higher now and is trading around 1.35. Buyers look a bit exhausted from the retrace now and the 20 SMA is acting as resistance. So, we decided to go short on Oil and give this crash a go, perhaps we can make some big bucks.

The sentiment turned even more negative today, as central banks and governments across the globe panic. Traders panicked even more and stock markets had another horrible day. But, not as horrible as crude Oil which opened with an $11 bearish gap.