EUR/GBP Continues the Uptrend, As It Bounces Off the 100 SMA - Forex News by FX Leaders 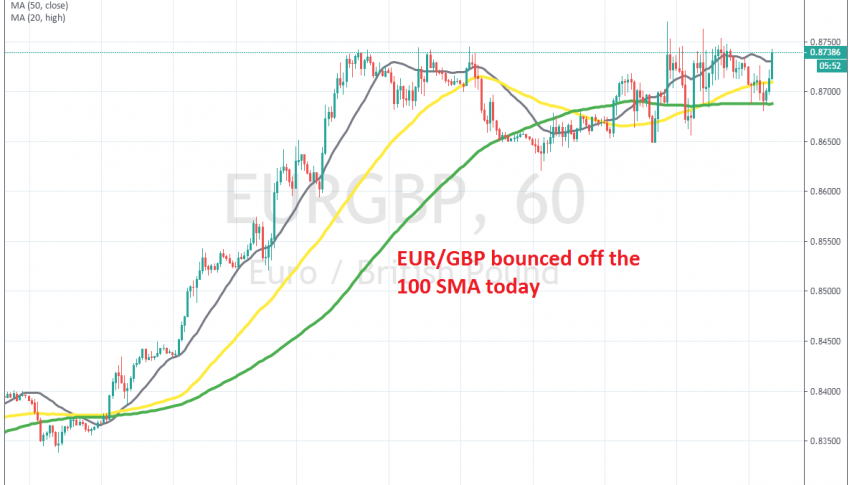 EUR/GBP Continues the Uptrend, As It Bounces Off the 100 SMA

The uptrend continues for EUR/GBP

EUR/GBP was pretty bearish since August last year, after the manufacturing dived in deep contraction in Europe. The European Central Bank (ECB) also turned quite dovish back then, cutting deposit rates further in negative territory and restarting the QE programme.

The bearish trend continued until late February, when the panic set in, after the coronavirus spread outside of China. The Euro has benefited during the last several weeks, as major central banks panicked and turned dovish, cutting interest rates aggressively in recent weeks.

As a result, EUR/GBP has turned bullish for the fact that the ECB won’t likely cut as much as other major central banks, since their rates are already negative at -0.50%. The trend has stalled in the last week or so and yesterday we saw a retrace lower.

But, the 100 SMA (green) turned into support for this pair on the H1 chart and now EUR/GBP has bounced off it. We will look for another retrace lower, so we can go long on this pair, since it should remain bullish as long as coronavirus is around.