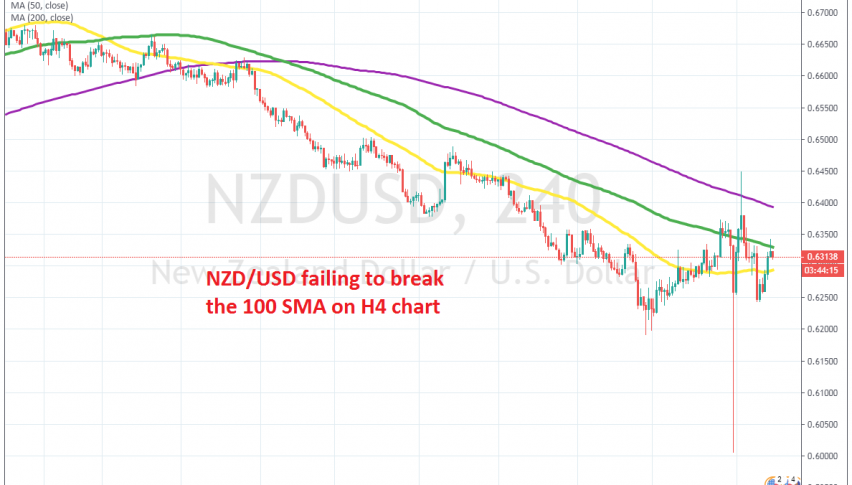 The 100 SMA is acting as resistance now

But, the slight optimism faded right away, once 2020 began. Tensions in the Middle East in the first couple of weeks, then coronavirus have turned the sentiment massively negative in forex. So, NZD/USD resumed the larger bearish trend this year, making new lows.

Although, in the fact few weeks w have seen some increased USD weakness, after the FED delivered a 50 bps surprise rate cut and markets are pricing in a 75 bps cut in next week’s meeting. As a result, this pair retraced higher, breaking above the 50 SMA (yellow) and the 100 SMA (green) on the H4 chart, which used to provide resistance.

But, the climb failed at the 200 SMA (purple), after a small piercing, as shown above. The price reversed back down and fell below all moving averages, but retraced higher again earlier this week. We decided to sell the retrace higher a while ago, while buyers were looking exhausted at the 100 SMA. Now the price is reversing back down, so the 100 SMA is working as resistance again.