The Uptrend Remains Strong in USD/CAD, As It Bounces Off the 20 SMA - Forex News by FX Leaders 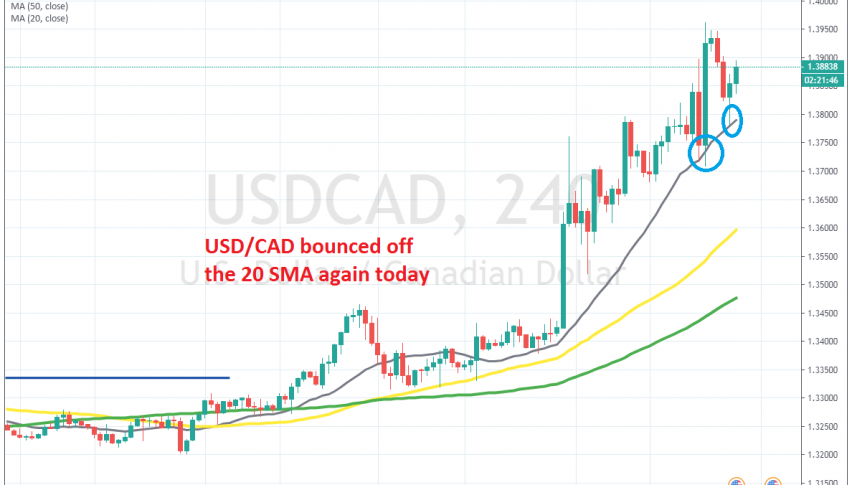 The Uptrend Remains Strong in USD/CAD, As It Bounces Off the 20 SMA

USD/CAD turned massively bearish last week, after OPEC failed to convince Russia to join in on a 1.5 million barrels/day cut in production. Saudis got pretty upset from that (I assume they got used for decades driving the price where they want it) and they said to increase production instead, so the price would fall further, in order to bankrupt Russian Oil companies.

As a result, Crude Oil tumbled more than $12 lower last week, which turned the CAD pretty bearish too, since the CAD is closely correlated to Crude Oil. USD/CAD surged more than 7 cents higher, which has also been partly due to the USD gaining some momentum this week.

As sen from the chart above, the trend has been pretty strong, since the smaller moving averages, such as the 20 SMA (grey) have turned into support. We saw this moving average hold the retrace lower yesterday and the price bounced from it. Today we are witnessing a similar scenario. USD/CAD retraced lower, but the 20 SMA held again on the H4 chart and USD/CAD bounced off of it.