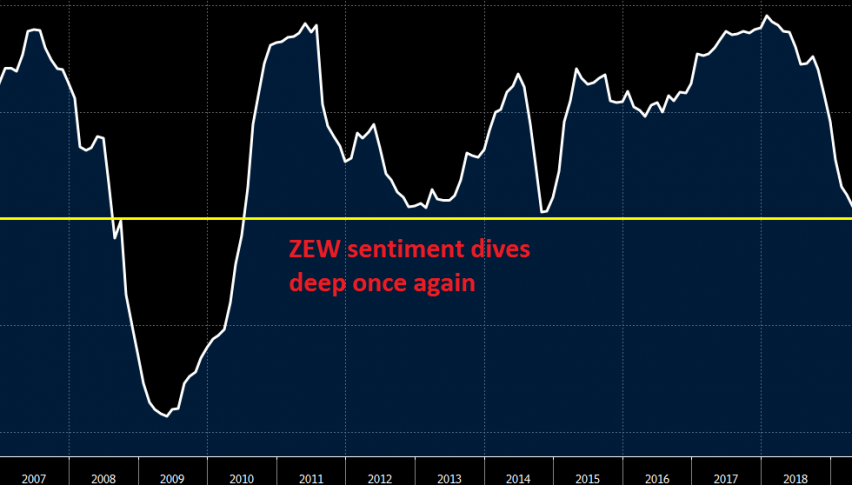 And it should get worse next month

The economic sentiment was pretty bad last year, as the trade war hurt investor expectations, with the Eurozone and German ZEW indicator falling to -44 in August, when the trade war reached its zenith. But, it started to improve in Q4 as China and the US were getting closer to a middle ground and in January this indicator jumped to around 26 points.

But, the ZEW indicator cooled off in February, after the outbreak of coronavirus in China, which scared markets. Now, markets have panicked as the West has shut down. Everyone was expecting the economic sentiment to turn negative this month, but it has dived more than expected. Below are the number from Germany and the Eurozone:

That is the lowest headline reading since March 2010, with expectations also blown out of the water amid fears surrounding the economic fallout due to the coronavirus outbreak. This shows how much of a pessimistic toll that the virus is having on investor sentiment. But, you’d expect this when life in major countries is all closed. Surveying firm ZEW notes that the economy is on “red alert” and that financial market experts are currently expecting a decline in real GDP in Q1 with a further drop in Q2 being very likely.