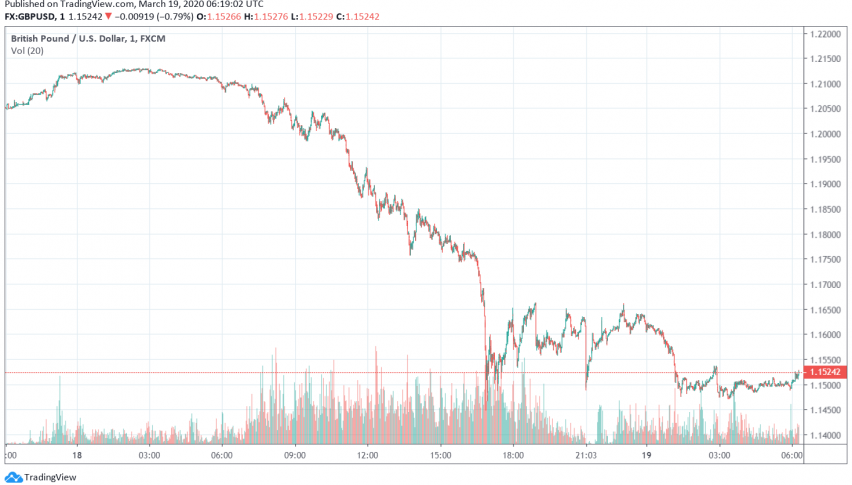 Early on Thursday, the pound has recovered slightly but still continues to trade weak against the US dollar after falling to the lowest level in nearly 35 years because of the sudden interest among investors for the dollar among heightened uncertainty. At the time of writing, GBP/USD is trading at around 1.152.

Despite massive stimulus measures being announced by the British government and other economies around the world, the risk-off sentiment dominates in global markets over worries that the coronavirus pandemic could drive the global economy into a state of recession this year. This sentiment drove a massive sell-off in stock markets, commodities and other currencies as investors made a beeline towards the safety of the US dollar and cash.

GBP/USD has been suffering more than other leading currency pairs in the forex market due to uncertainties surrounding Brexit. Latest headlines suggest that there could be a delay in further round of negotiations between Britain and the EU as both regions, like the rest of the world, focus on containing the spread of the virus and protecting their economies from damage.

Long positions in GBP/USD remain close to two-year highs as the demand for the US dollar remains high and sends DXY to a three-year high against its peers. British bonds also suffered on account of the panic selling in markets with 10-year British borrowing costs rising nealry 30bp higher in the previous session.