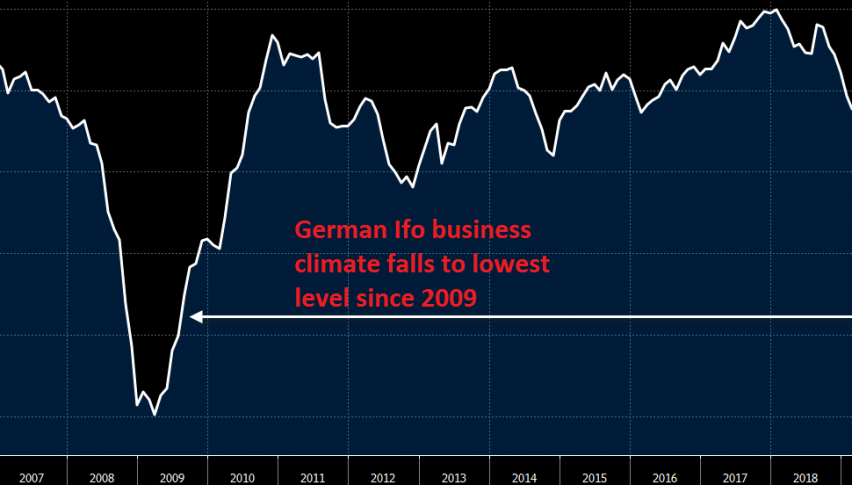 Ifo indicator is heading down

Although, with the outbreak of coronavirus in Europe, everyone was expecting the ifo business climate to weaken as well. In the first reading for March, Ifo business climate indicator fell to 87.7 points, while today it was revised even lower. Below is the Ifo report, as well as comments from Ifo economist Wohlrabe:

So, there will surely be a recession for a couple of quarters, as Wohlrabe confirms, but no one knows how deep it will be or how long it will last. The manufacturing index is at the lowest levels since 2009 and the Ifo indicator is heading there too. This month wasn’t that bad, since Germany is the least infected country in the Eurozone, but next month will be nastier.

EUR/USD Remains Bullish, Despite the US Economy Booming
23 hours ago