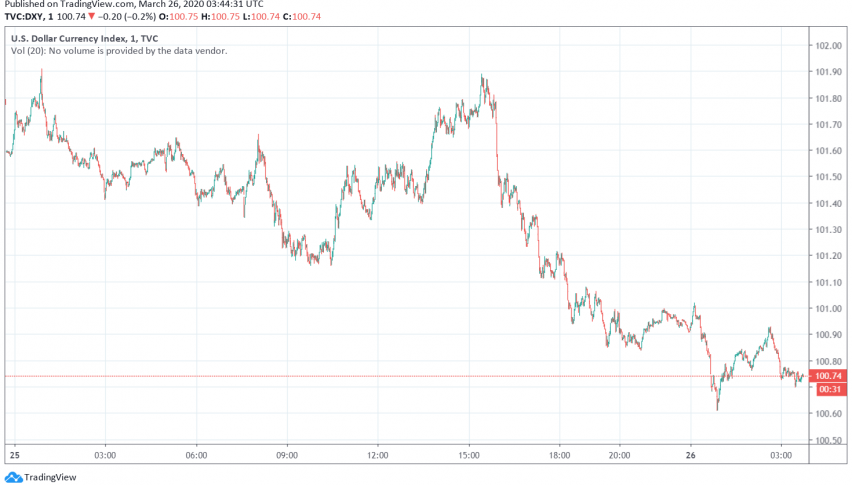 Early on Thursday, the US dollar has experienced some weakness against its major peers over concerns that jobless claims are on the rise amid layoffs due to the coronavirus pandemic. At the time of writing, the US dollar index DXY is trading around 100.74.

While commodity currencies like the AUD and NZD continue to trade bearish against the US dollar, the euro and the Japanese yen are gaining strength as traders worry about a possible rise in unemployment in the US because of the health crisis and resulting lockdown. The jobless claims data is due for release today and economists expect the number of people claiming unemployment benefits to rise by 1 million or more for the previous week.

The US dollar received some support, however, after the US Senate passed the massive fiscal stimulus package valued at almost $2 trillion on Wednesday. While these measures could provide some relief to US citizens and the economy, it may not be enough for states that need more funds to support their strained healthcare infrastructure.

Later today, the US dollar could also see some movement after Fed chairman Jerome Powell’s interview, which could shed some light on the economic impact of the pandemic and offer insights into the central bank’s response.