Sometimes markets get so quiet, that it gets dull trading forex and watch the paint dry. This is not one of those times though. At the end of December we saw some heightened volatility due to year end cash flows/transfers, but that was nothing compared to what we are seeing this year. In the first two weeks of this month we saw crude Oil tumbled more than $15 lower, after tensions in the Middle East between US and Iran didn’t turn into a conflict, which would have helped crude Oil.

In the second half of January and in February, the attention turned to China, as the coronavirus epidemic hit the Hubei province pretty hard, forcing China to close large parts of the country. Although the situation looked scare, markets didn’t react much, since it was still only isolated in one part of the world. The first shock wave came when Chinese services and manufacturing PMI indicator dived to a record low in February, as the economy stopped that month.

But, that was nothing compared to what was to come. The virus spread out of control in Italy in February and this month it has wrecked havoc in the health service. The death toll keeps rising and the economy has brought to a halt. That showed the real nature of this pandemic and everyone has now panicked, as literally all the West and even more has been shut down.

The volatility has increased immensely since the last week of February. Stocked markets have crashed down, and we saw some US politicians sell them before the pandemic spread in the West. So, some inside trading going on there. German index DAX 30 fell from 13,800 points to around 8,200. This sort of price action offers some great winning opportunities. 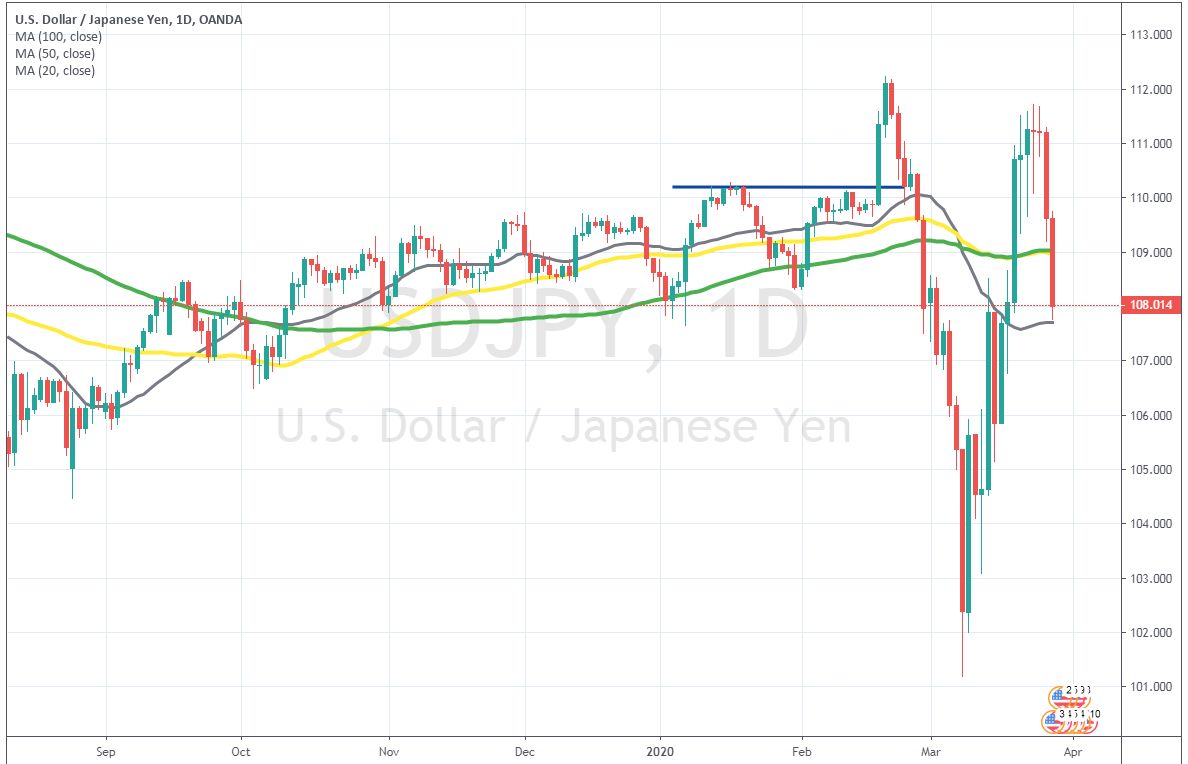 25 cents up and down move this month in total

But, when the moves are massive like now, you could also get whipsawed when when are on the wrong side of the tide.  Looking at the daily chart of USD/JPY , you can see the roller-coaster this pair went through in a month. The price fell more than 11 cents in the last week of February and the first week of this month. But, it made a strong reversal and claimed back almost all losses in the coming weeks, only to reverse back down and fall around 4 cents in the last two days. 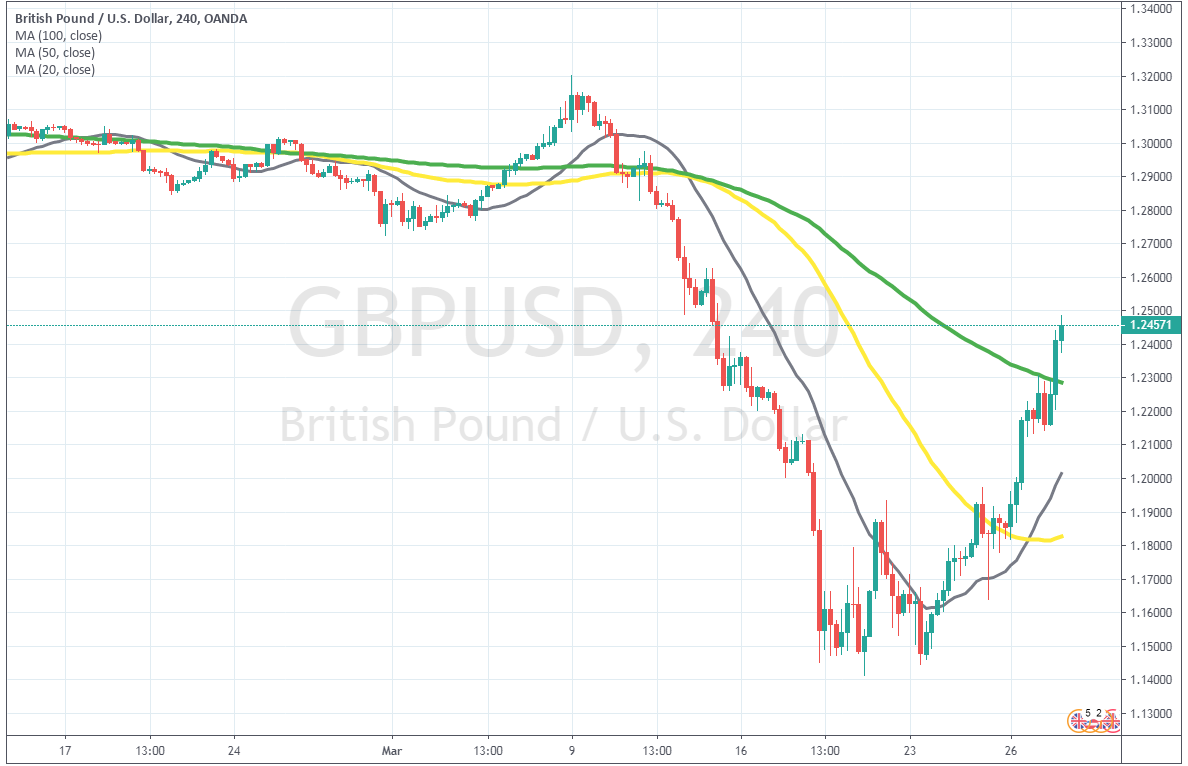 GBP/USD managed to move above the 100 SMA yesterday

I personally have made around 700 pips this month with long term forex signals, selling Oil, AUD/USD and NZD/USD. So, it has been great for me. But, we can also get whipsawed when trying to trade such volatile markets. On Friday I decided to go short on GBP/USD after this pair was finding resistance at the 100 SMA (green) on the H4 chart. The 8 cent retrace after an 18 cent crash looked enough for buyers and they were having trouble breaking above that moving average. So, short we went below the 100 SMA. But, the buyers pushed above that moving average as the USD selloff continued, more so against the GBP, which gained further. So, we are around 200 pips in red with that trade now, which shows that you can make but also break an account in these markets. 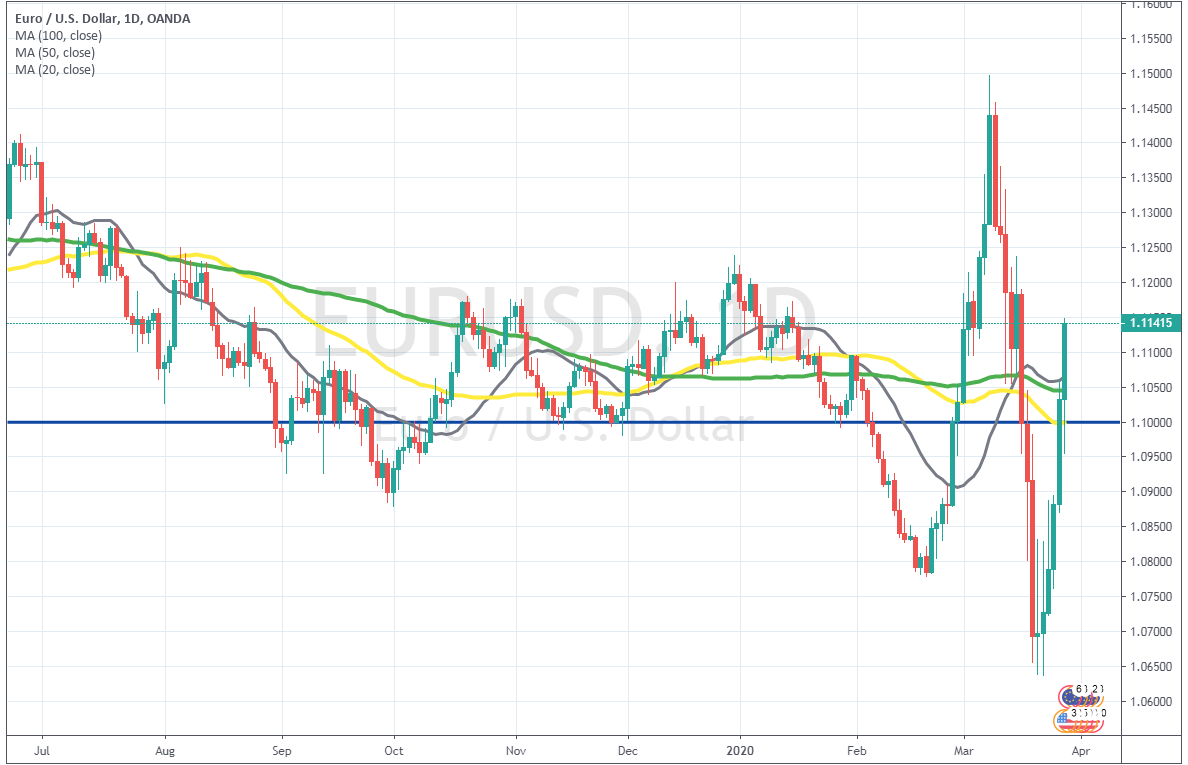 EUR/USD has also gone through a roller-coaster ride

EUR/USD has also been very volatile. We have to go with the momentum but not get stuck too long with a position, although we should place large stops to allow room for this volatility. These are the basic rules right now, so trade carefully guys.