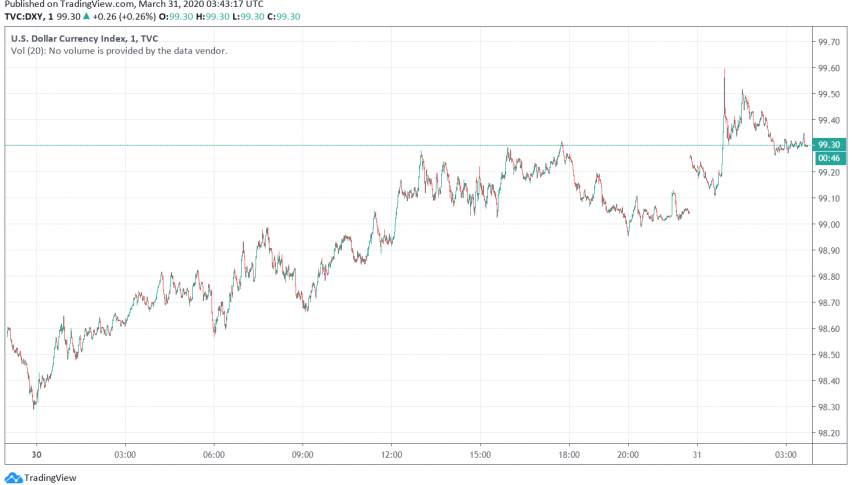 US Dollar Trades Strong Against Other Currencies

Early on Tuesday, the US dollar continues to gain against its major peers, especially the Japanese yen over a rush by Japanese investors and companies to cover shortage of the greenback before the end of their financial year. At the time of writing, the US dollar index is trading at around 99.30.

Even though the market sentiment continues to remain fragile over mounting worries about the coronavirus crisis and its potential economic impact across the world, volatility is expected to remain high today because it is the last trading day before a new fiscal year begins in Japan on Wednesday. The closing of books in today’s session could drive big moves in markets despite the absence of other economic updates and developments.

The US dollar also made gains against the Chinese Yuan following the release of PMI data, which revealed a rebound in activity during March. However, the sentiment remains weak in anticipation of a contraction in the Chinese economy owing to the coronavirus pandemic across the country and the world.

Other currencies like the GBP and the EUR have also weakened against the US dollar as traders worry about upcoming data releases from the UK and the Eurozone. The UK GDP data is scheduled to release later today while the Euro could see some moves following the release of unemployment figures from Germany, the Eurozone’s largest economy.