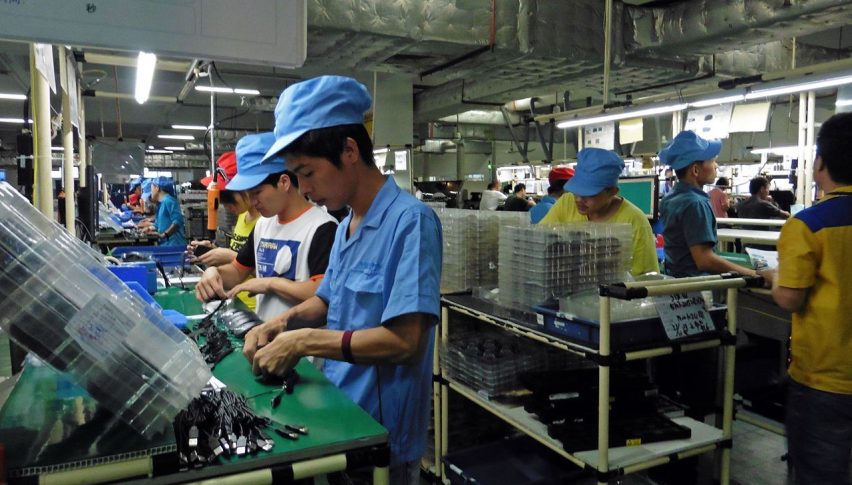 Factory activity in China saw an improvement during March after falling to record lows during February because of the lockdown measures implemented to prevent the spread of coronavirus. The Caixin Manufacturing PMI rose to 50.1 in March from 40.3 in the previous month, coming in just above the 50-threshold indicating expansion and better than economists’ forecast of 45.5.

However, the very slight rate of growth highlights concerns about weakening demand across the country and the world which continue to remain in the grip of the pandemic. Unlike the official PMI figures released a day prior, this private survey takes into account activity among small and medium sized businesses that cater to overseas demand.

Production in the private manufacturing sector experienced slight growth, with the sub-index touching 50.6 in March after falling to 28.6 during February. However, total new orders received continued to contract for the second consecutive month amid weak demand.

New export orders remained significantly lower than pre-coronavirus levels, with several firms experiencing cancellations or delays in orders because of the shutdowns across several countries. Some export-oriented businesses have already laid off some of their workforce even as they highlight the possibility of factory closures in the near future if demand remains weak.

Selling prices among manufacturers in China received one more reduction during March, as companies tried to entice customers by offering discounts. On a positive note, however, manufacturers remain optimistic that recent stimulus efforts rolled out by the government and PBOC could help support their business in the coming months.