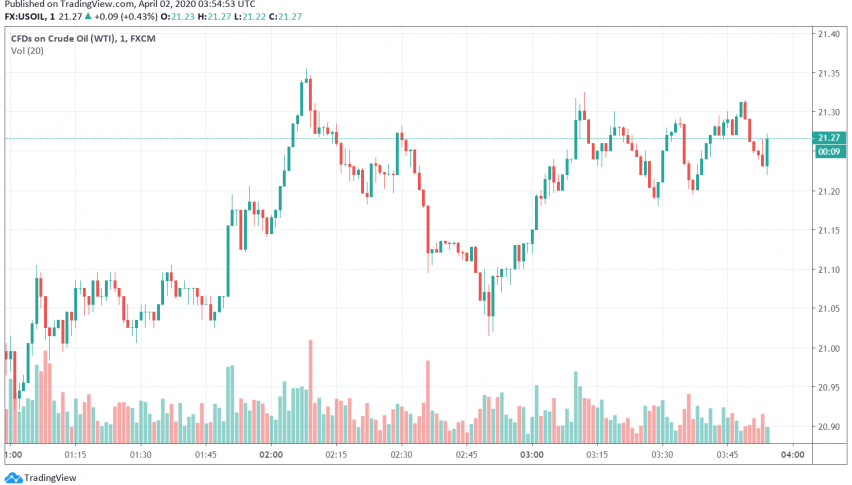 On Thursday, WTI crude oil continues to trade bearish after sliding lower during the previous session over continued worries about the impact of the coronavirus pandemic even as US crude inventories reported a steep build up in the previous week. At the time of writing, WTI crude oil is trading at around $21.27 per barrel.

The EIA report which released on Wednesday revealed a larger than expected increase in US crude stockpiles. According to the EIA, crude inventories increased by 13.8 million barrels during the previous week to 469.2 million barrels, the sharpest weekly rise seen since 2016.

This sent WTI crude oil prices lower even as analysts warned of further inventory builds on account of the shutdowns reducing oil demand across the US and the rest of the world. Meanwhile, oil markets are also bracing for the Saudi Arabia-Russia price war which could drive an oversupply of crude oil starting this month.

Analysts have also cautioned that global crude inventories could touch full capacity by mid-May which could drive further weakness in oil prices. Demand, meanwhile, is likely to remain under pressure as the number of coronavirus cases continue to climb higher worldwide, prompting several countries to extend lockdowns.