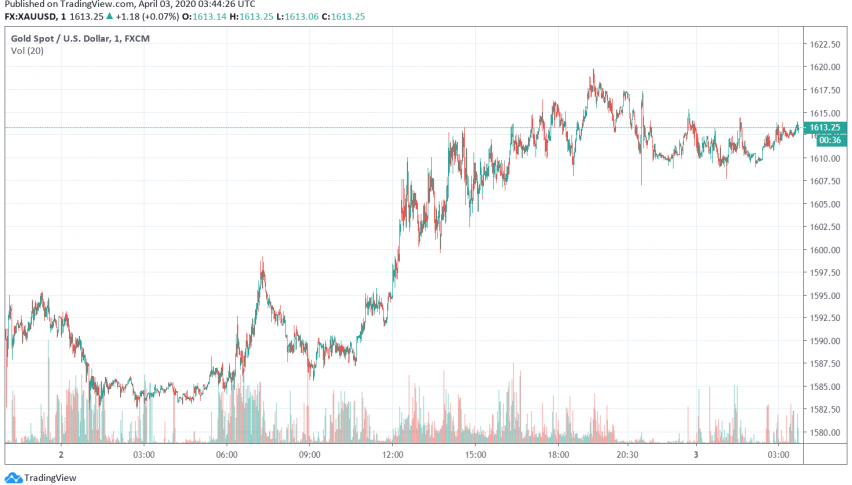 Gold Weakens After Rising on US Unemployment Data

On Friday, gold prices are on the decline after having gained around 1.4% during the previous session as a result of a strengthening in the US dollar. At the time of writing, GOLD is trading at a little above $1,613.

Gold prices had jumped higher after the latest report revealed that jobless claims in the US had risen to a record high of 6.65 million during the previous week over the shutdowns due to the coronavirus crisis. So far, the yellow metal is all set to post a weekly loss of around 0.4%.

Latest estimates by the Congressional Budget Office state that unemployment rate in the US could climb to above 10% by Q2 2020 while the country’s GDP could decline by over 7% as the situation surrounding coronavirus worsens across the country and the world. Globally, the number of confirmed cases has risen past the 1 million mark while the death toll has soared to above 52,000 so far.

Leading governments and analysts have already cautioned that the pandemic could push the global economy into a recession more severe than the one seen in 2009. The expectations for an economic recession are likely to keep the safe haven appeal of gold supported at least until the spread of the virus is brought under control.