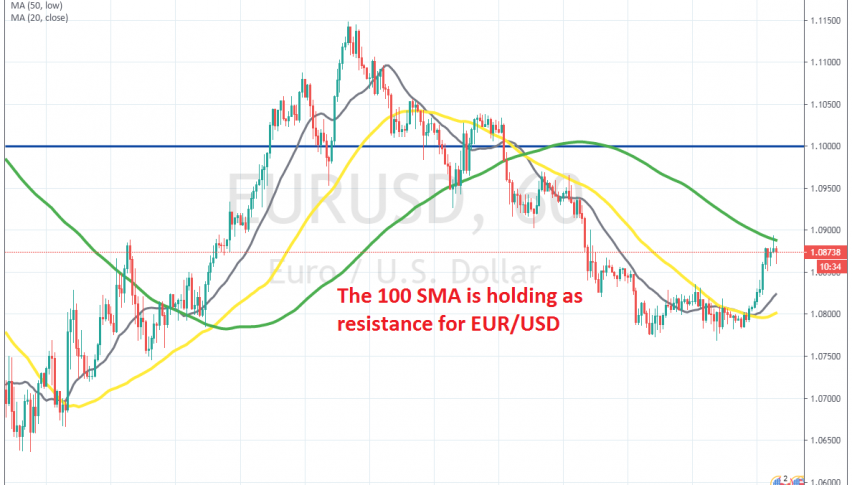 Shorting the Retrace in EUR/USD at the 100 SMA

The retrace is now complete on H1 chart

EUR/USD has had such an interesting period in the last several weeks. It surged higher at the end of February, reaching 1.15. But the price reversed down in the second week of March, taking the price nearly 9 cents lower, making new lows.

Although, in the last week of March, we saw another reversal higher, as the demand for the USD as a global reserve currency declined. EUR/USD rallied around 5 cents higher. But, the sellers returned again last week and the price fell to 1.07070s.

Today though, we saw a bullish retrace higher during the Asian session, which continued during the European session as well. But, it seems like the 100 SMA (green) is providing resistance on the H1 chart. It rejected EUR/USD in the first attempt and an upside-down hammers candlestick formed below it, which is a reversing signal. We decided to sell below that moving average, hoping that the pullback will be complete and the bearish trend will resume.