Should We Buy Gold, As It Remains Bullish, With MAs Providing Support - Forex News by FX Leaders 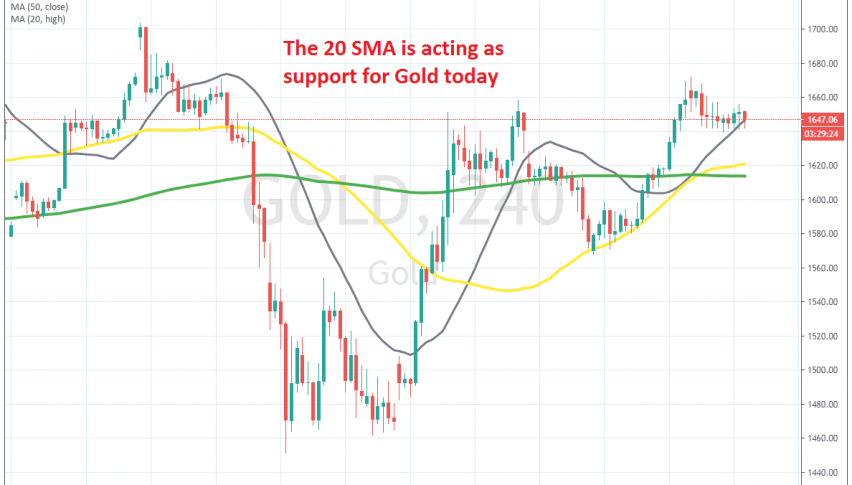 Should We Buy Gold, As It Remains Bullish, With MAs Providing Support

Seems like buyers are ready to push higher again now

GOLD has been bullish for a long time, with the trade war between US and China hurting the sentiment and the global economy and turning traders to safe havens. But, the first two months of this year were quite stellar, as Gold surged higher due to the coronavirus outbreak.

We saw a swift bearish reversal in March, followed by a major decline, as traders turned into the USD as a world reserve currency for a while, out of panic. But, the retrace ended once the panic was over and since then the pressure has been totally to the upside.

Last week we saw another pullback, but the 50 SMA turned into support on the H4 chart last week and stopped the pullback. The price moved higher and headed for March’s highs, although buyers are taking a moment to breathe now. But, the 20 SMA (grey) has caught up and it is providing support. I think that we might see another run higher soon, so I am preparing to go long on Gold.