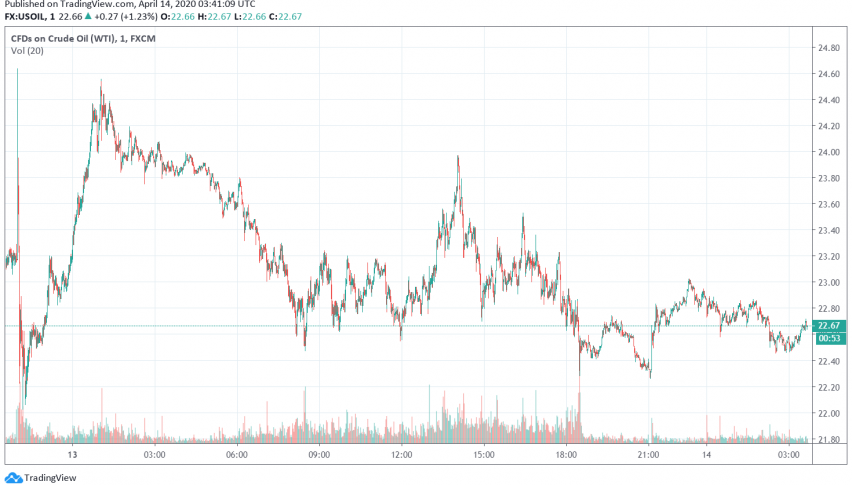 Early on Tuesday, WTI crude oil prices are climbing upwards after the EIA stated that US shale oil output was likely to see a sharp decline this month, even as demand continues to weaken worldwide. At the time of writing, WTI crude oil is trading at around $22.67 per barrel.

Reports of additional supply cuts on the back of the recently announced production cuts by OPEC+ countries lent support to weak crude oil prices, helping them make gains into Tuesday. Amid the ongoing coronavirus crisis and then the price war between Saudi Arabia and Russia, crude oil prices have crashed hard in recent weeks, but appear to be stabilizing for now.

Estimates by the EIA and the IEA peg US shale production to fall by around 200k bpd in April, to touch around 8.5 million bpd. Coupled with OPEC+’s planned supply cut by 9.7 million bpd, global oil output is expected to decline by as much as 19.5 million bpd this month.

However, analysts remain cautious as these supply cuts may not offset the falling demand for oil in global markets amid the shutdowns and travel restrictions imposed by several countries. Despite the recent bounce higher, crude oil prices are still trading around 50% lower than the highest level seen earlier this year.