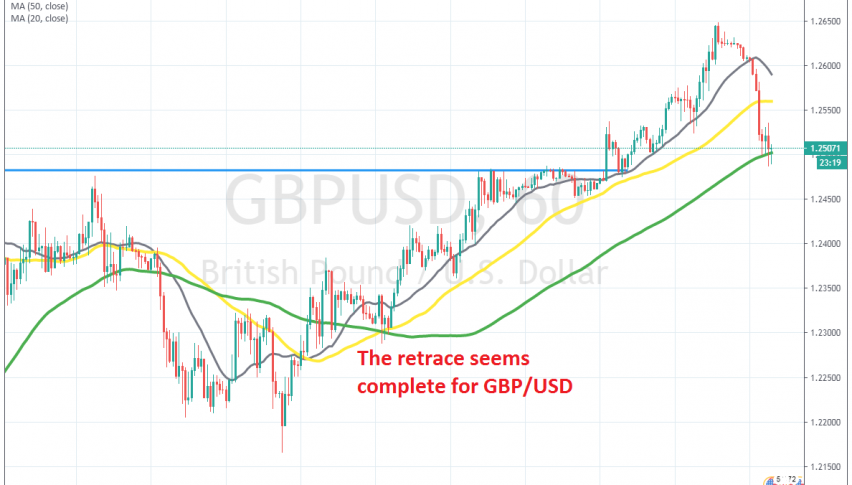 Buying the Pullback in GBP/USD at the 100 SMA

GBP/USD has turned quite bullish since the last week on March, climbing around 12 cents in total. That followed a crash in this pair, which sent it 18 cents lower in the first couple of weeks of March. But, the USD turned bearish in the following weeks and the GBP climbed higher across the board, which turned this pair bullish again.

The moving averages turned into support on the H1 and H4 charts during this time and they have done a good job holding during the pullbacks. Last week we saw the 50 SMA (yellow) and the 20 SMA (grey) take up that job on the H1 chart, which shows that the trend was pretty strong since buyers weren’t waiting for larger MAs to catch up.

As a result, this pair climbed to 1.2650s yesterday, but it started to reverse lower and it has fallen around 150 pips since then. But, seems like GBP/USD is finding support at the 100 SMA (green) on the H1 chart. The price pierced this moving average for a moment, but it has climbed back above, so we decided to open a buy forex signal here, since the pullback seems complete now.