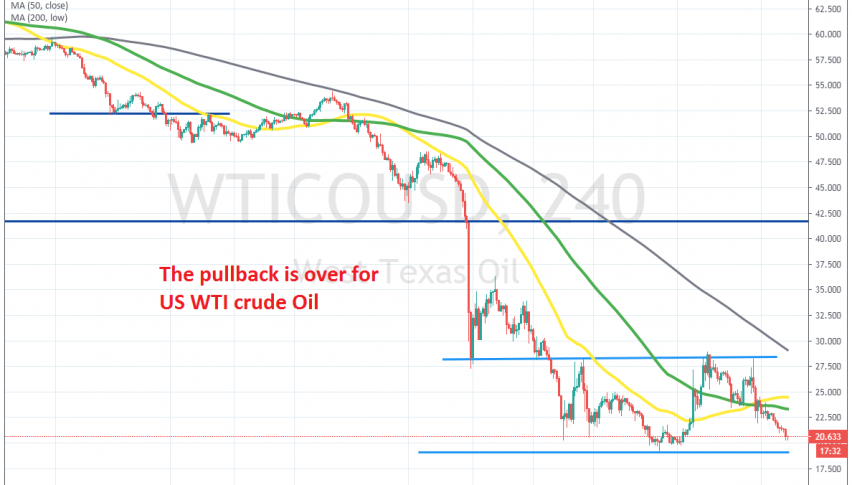 Crude Oil has been very volatile this year, It surged higher during the first couple of weeks, as tensions between US and Iran escalated, which increased fears of a production disruption back then. But, the tensions abated and the sentiment turned negative for risk assets as coronavirus exploded in China.

The virus spread to the rest of the world and the demand for energy products declined considerably, as the world went into shut-down. Then came the Oil war between Russia and Saudi Arabia and we saw a big crash in Oil prices, sending US WTI crude from above $40, to below $20 by the end of march.

But, we saw a reversal as soon as April started and the rumours about a deal from OPEC+ to cut production sent it surging higher. US WTI crude climbed nearly $10, up to $29, but the climb stopped there. We saw another attempt at the upside, as OPEC+ decided to cut production by 9.6 million barrels/day, but that doesn’t seem to satisfy markets, since the global shut down has lowered the demand for Oil considerably.

So, Oil has turned lower again now and is trying to break the $20 level. If that goes, the next level to watch would be $19. But, let’s see first if sellers have enough strength to break below $20, because the decline has stalled for the time being.