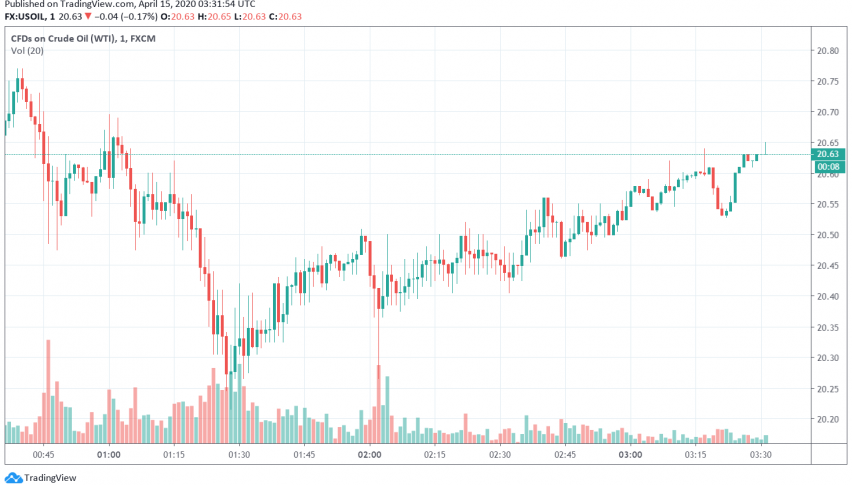 WTI crude oil has had a bullish start to the day early on Wednesday, with prices rising over hopes for countries to increase oil purchases to fill up their strategic reserves, even though weak demand concerns capped gains. At the time of writing, WTI crude oil is trading at around $20.63 per barrel.

On Tuesday, WTI crude oil prices crashed over 10% lower over worries that the recent production cuts announced by OPEC+ countries will not offset the deep reduction in oil demand worldwide in the wake of the coronavirus pandemic. Increasing worries about a recession in the global economy are also weighing on oil prices, adding extra pressure on US oil.

The US Energy Department confirmed on Tuesday that it is in stages of negotiations with nine companies to hike strategic oil reserves by 23 million barrels. Meanwhile, Energy Minister at Saudi Arabia, Prince Abdulaziz bin Salman, had expressed hopes earlier this week that countries would purchase up to 200 million barrels to fill their strategic reserves over the course of the next two months.

Additional weakness in WTI crude oil prices was driven by the release of the API report which released in the previous session. According to the API, crude stockpiles in the US rose by 13.1 million barrels to 486.9 million barrels during last week. Economists had forecast a rise of only 11.7 million barrels.