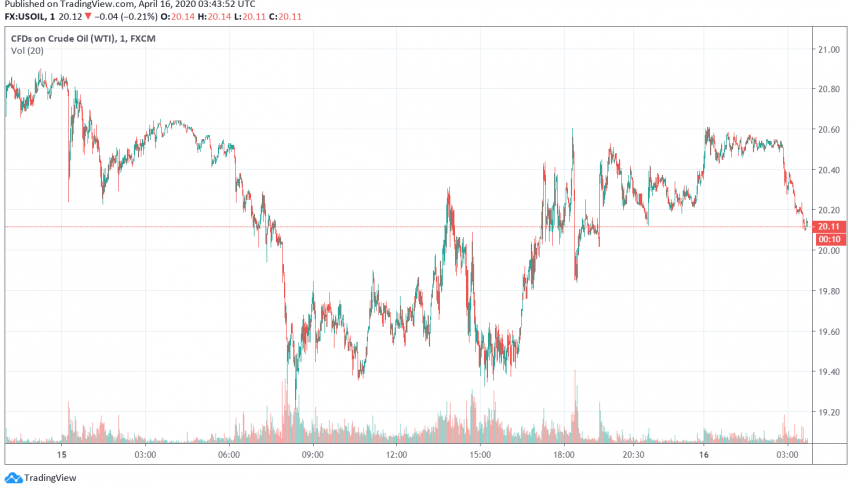 WTI crude oil prices recovered from near 20-year lows early on Thursday over rising expectations for deeper production cuts in the US amid increasing build of crude inventories in the country. At the time of writing, WTI crude oil is trading at around $20.12 per barrel.

On Wednesday, WTI crude oil prices crashed to multi-year lows following the release of the EIA report which revealed the highest ever build-up in US crude inventories. According to the EIA, crude stockpiles in the US increased by 19.2 million barrels during the previous week, far higher than the economists’ forecast for a rise by 11.6 million barrels.

Meanwhile, the IEA has estimated that the coronavirus pandemic could drive global oil demand around 30% lower this year, by 29 million bpd, as a result of the shutdowns and travel restrictions imposed across several countries. In the face of falling demand, OPEC+ countries have already agreed to cut oil production by a record 19.5 million bpd while the EIA estimates that US oil production could decline by around 470k bpd.

However, the latest crude inventories data indicates that oil producers in the US could have to resort to implementing deeper supply cuts to offset the weakening demand. This sentiment has lent some support to crude oil prices so far today, helping them recover from the previous session’s lows.