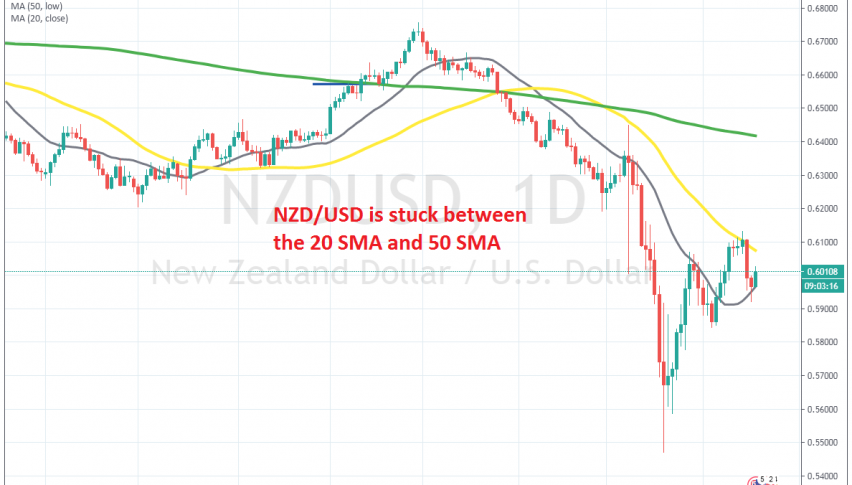 NZD/USD Seems Stuck Between 2 MAs on the Daily Chart

NZD/USD is confined between 2 MAs on the daily chart

NZD/USD has been on a long term bearish trend, starting about two years ago. Although, we saw a decent pullback in Q4 of last year, as the sentiment improved, as China and the US calmed their tones regarding the trade war that had been going on for more than a year.

As a result, risk assets turned higher in Q4, but once the new year started, the sentiment turned negative again and the decline resumed. NZD/USD lost around 13 cents from the beginning of January, with the decline picking up pace in the first half od March, as coronavirus broke out in Europe and the panic hit financial markets.

It rejected the price and NZD/USD fell 20 pips lower, but the 20 SMA turned into support now. It held the decline, despite a brief piercing and NZD/USD is bouncing off this moving average now. So, this pair seems to be stuck between these two moving averages now, so whichever side it break out, will be the winner.