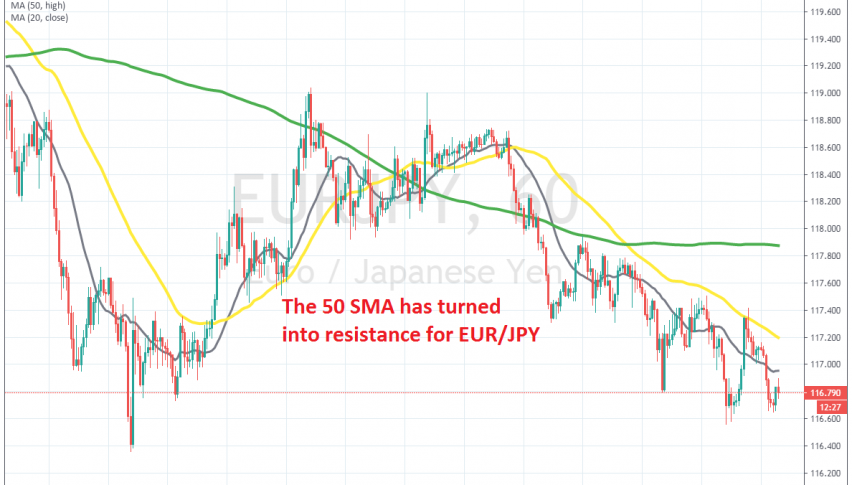 The retrace is over on the H1 chart

This month, the price action has been similar, but not as volatile, with markets calming down somewhat, after the panic of March. Last week this pair climbed around 250 pips higher, but this week it has turned bearish once again, as highs decline, while lows keep getting lower.

The 50 SMA (yellow) provided some support at the beginning of last week when the price was climbing up, now this moving average has turned into resistance. Yesterday we saw a retrace higher on the H1 chart, but the 50 SMA stopped the climb and reversed the price lower. We missed that opportunity, since the reversal took place during the night, but the pressure remains to the bottom side and we will try to look for another pullback in order to sell, probably at the 50 SMA again.