Between OPEC+ And Coronavirus, The Latter Wins the War in Oil - Forex News by FX Leaders 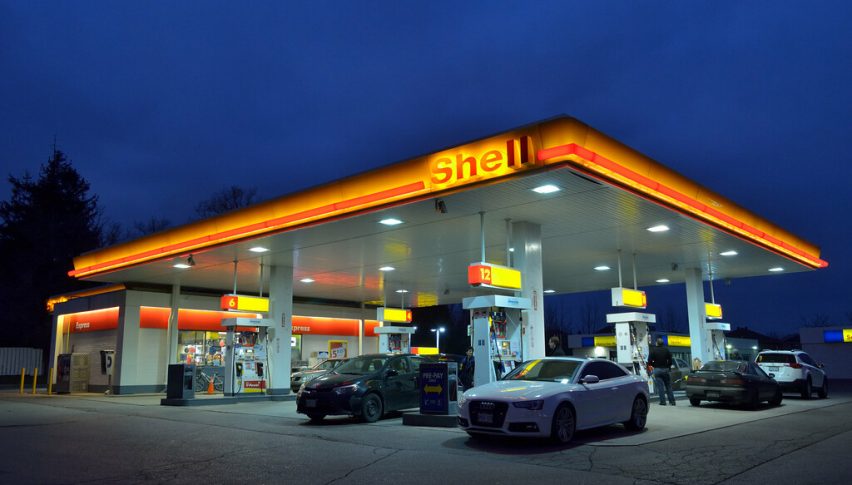 Between OPEC+ And Coronavirus, The Latter Wins the War in Oil

People are getting the cheapest Oil in decades now

Oil prices turned bearish as soon as this year started, following the cool off in tensions between US and Iran. Then coronavirus came and Oil prices slipped lower in late February, as panic set in after Italian hospitals were overrun with patients. But the crash came in March, after Saudi Arabia started an Oil war.

As we know, Russia refused to join OPEC to cut production by 1.5 million barrels/day. Saudis got upset apparently, and started to flood markets with cheap Oil, sending out all their sip container fleet. That made US WTI crude open with a bearish gap, more than $10 lower the following Monday. The downside stretched further and WTI crude fell below $20 by the end of March.

That Oil was started to hurt US shale producers more than anyone else and US president Donald Trump arranged a meeting for OPEC+, inviting Russia as well. They agreed and eventually decided to cut production by 9.7 million barrels/day. The plan was for a 10 million bpd cut or more, but Mexico decided to be the odd guy, since they consume most of the Oil they produce, so they argued that Mexico doesn’t affect much the global demand/supply ratio.

Nonetheless, that was the largest cut in Oil production ever and crude Oil surged nearly $10, higher, testing the $29 level twice, but unable to break above it, or even more so, above the big round level at $30. Some people were hoping that the cut in production would reverse the trend in crude Oil, but the cut wasn’t as big as expected. Despite that, the cut was really large, hence the run to $29 twice. 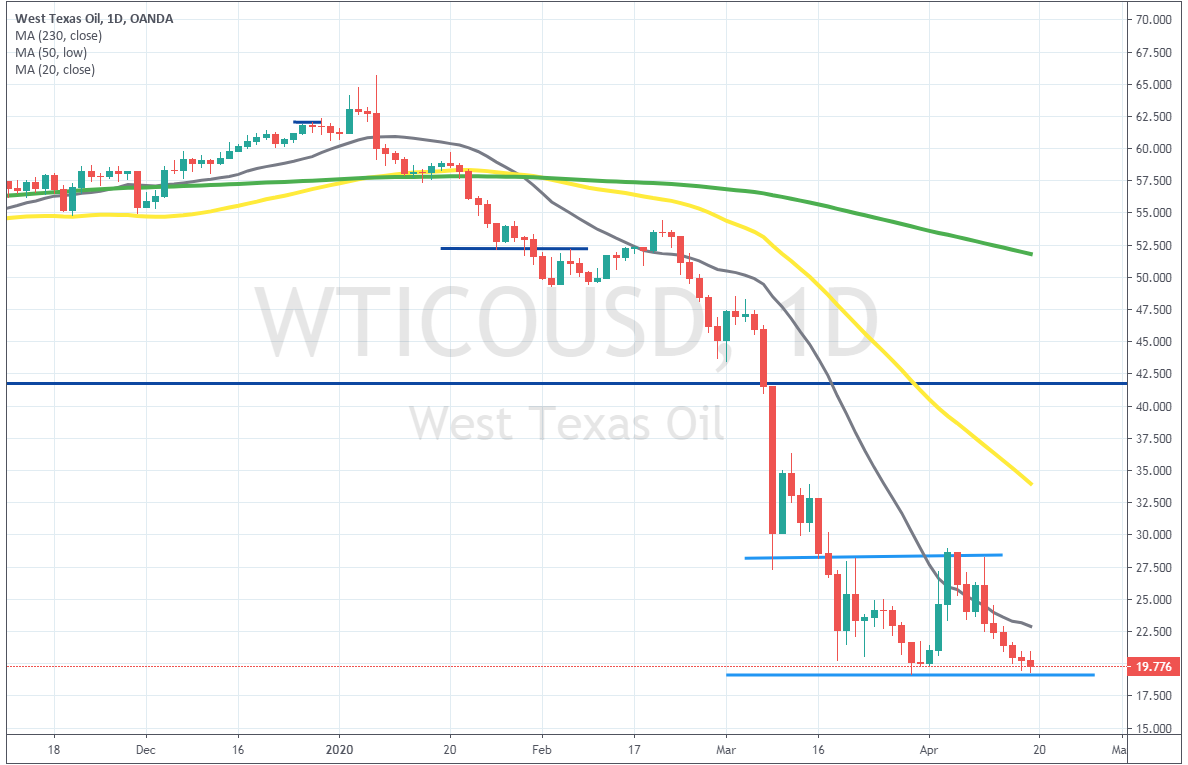 US WTI crude has fallen below $20 again now

Although, the question was whether the cut was going to have a bigger impact than the coronavirus shut-down itself. Looking at the price now, it seems like not, but that wasn’t so certain a week ago. Mainly because the bearish reversal and the decline has come as a result of Saudi Arabia reopening the Oil war in a quiet way.

Since Saudi Arabia faces stiff competition from rival suppliers for market share in the Asian markets (or at least what’s left of it after India cut demand by 70%), the OPEC leader slashed its official selling prices to Asian customers for May by a larger-than-expected margins this week, while keeping prices flat for Europe and raising them for the United States. On Monday, Saudi Arabia’s oil giant Aramco set the May price for its Arab light crude oil to Asia at a discount of $7.3 to the Oman/Dubai average, down $4.2 a barrel from April, according to a document seen by Reuters.

This brings us back to step one, or even worse, further back, because this is a stab in the back and things may escalate further from here on. So, crude Oil trades below $20 now. If the situation does escalate and the shut-down continues, then crude Oil might even fall further below.