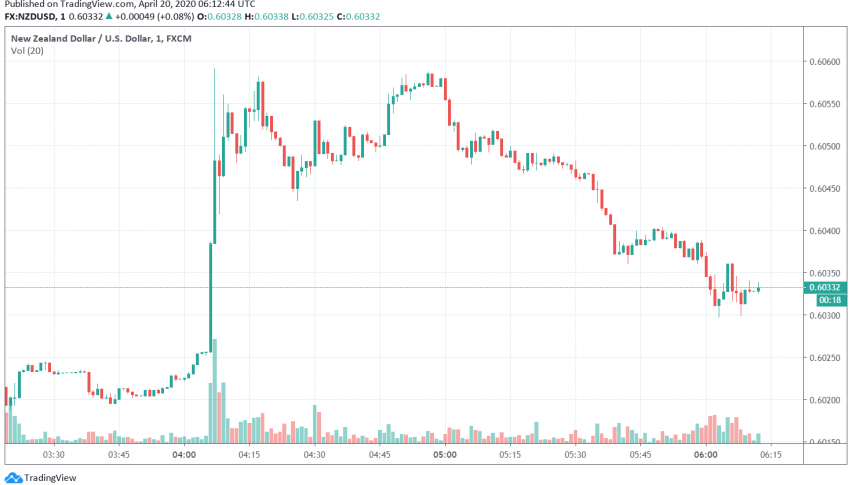 On Monday, the New Zealand dollar is finding some support and strengthening against the US dollar after the government announced that its lockdown could start easing in a week’s time. At the time of writing, NZD/USD is trading at around 0.603.

NZD/USD surged by 0.5% after NZ PM Jacinda Ardern announced that her government is looking to ease restrictions after April 27 and look to resume economic activity across the country. So far, New Zealand has reported around 1,400 cases and only 12 deaths, and is in a far better condition than several other countries around the world.

According to Ardern, “Our transmission rate, the number of cases each person with the virus passes it onto, is now 0.48, less than half a person each. Overseas the average is 2.5 people. We have amongst the lowest number of confirmed cases per 100,000 people in the world.”

The relaxation on the lockdown beginning after April 27 will allow activity across construction, forestry and manufacturing sectors to restart. In addition, Ardern has also confirmed that her government will look at easing more restrictions starting May, depending on how the pandemic progresses.