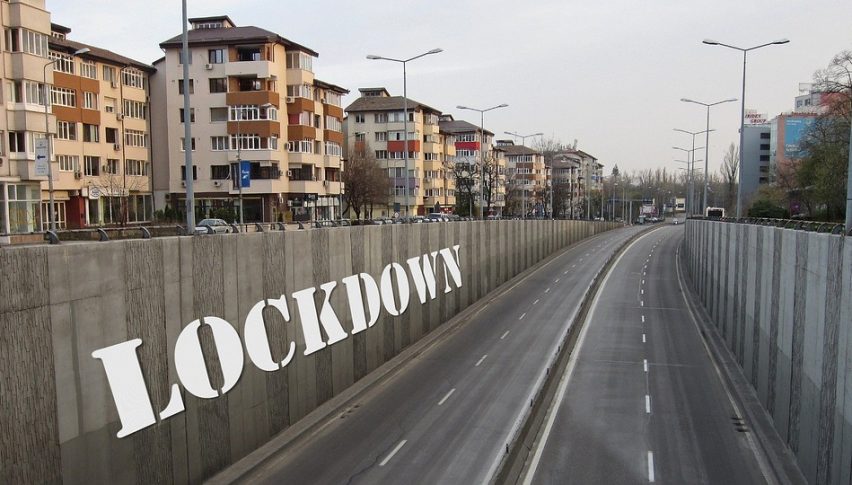 The economy is hard to recover if the streets remain empty

When coronavirus broke out in China in December/January, most of the world got scared for a while, but then sort of forgot about it, since it was in a foreign country far away from home. Then, the virus spread in Italy and everyone panicked. The pandemic was quite severe in Italy, with hospitalized people overwhelming the health system for some time. The virus spread across Europe and in North America, now it is all over the world.

Europe went into a lock-down in early March, with US and Canada following suit a couple of weeks later. People have been quite cooperative in the lock-down, but they are getting anxious now as money runs out, despite the government grants. Unemployment has shot to the sky in just a month like never before, with jobless claims posting some astronomical numbers every week since mid March. The coronavirus curve has flattened in many countries and it is turning lower, but the lock-down continues which is killing the global economy.

This is now turning out to be a bigger problem than the virus itself. I mean, in the years following the 2008 financial crisis, died thousands of people due to poverty, protests, health issues and addictions due to the loss of their jobs, suicides etc. A similar thing might happen now due to coronavirus. So, besides the economic slump, the negative effects of this lock-down will be in human lives as well. But, first comes the economic impact, which is terrifying. Below are some economic reports form Europe and the US just n the last few days.

As shown above, orders declined by a massive 14.4%, which is even bigger than expectations, which were for a 12% decline. But, the positive thing here is that almost all the contraction in orders has come form transportation orders. With people being locked down and the lock-down lasting for who knows how long, there are hundreds of millions of vehicles which are left to rot. So, as long as the lock-down lasts, orders for vehicles will be low.

So, retail sales have declined by 5.1% in March, more than expected, and they will likely post another major decline for April. YoY sales fell by 5.8%, while core sales declined by 3.8% in March. The GBP didn’t mind much though, with GBP/USD actually ending up higher during the European session yesterday.

The global shutdown due to coronavirus has hurt the global economy immensely, particularly the economies of the West. Manufacturing and especially services are heading to the bottom, with European services PMI falling close to 0 points, as we saw yesterday. The business climate has been deteriorating as well, with German Ifo business climate falling to record lows this month, as shown above.

The unemployment claims form the US jumped to above 5 million in March and above 6 million earlier this month, but they are starting to cool off, falling to 4 million range. Although, they remain quite high. The other thing is, the number of Americans eligible for unemployment benefits is declining, as more and more people become unemployed.

Manufacturing and services fell into deep contraction in March as the virus broke out in Europe and in April, things have gone from bad to worse, as the lockdown continues. Services have fallen to record lows and are heading towards 0 points. Let’s hope things start to improve in May though. But, some economists are questioning even the V-shape recovery. If that doesn’t happen, things will go from bad to worse.

Despite the economic crash that Europe and the US are going through, many economists were agreeing that we would see a V-shaped recovery in summer after the virus lock-down ended. After all, China rebounded nicely in March after the dive in February, but at this point, whatever comes out of China we should take with a pinch of salt.