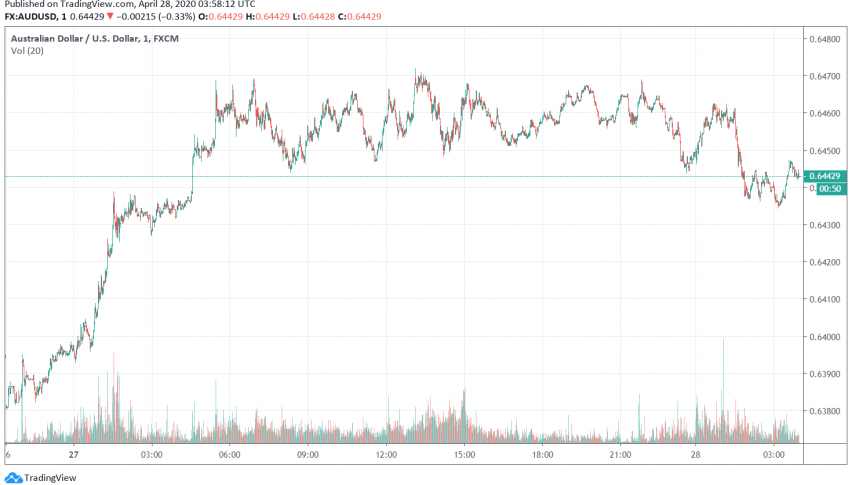 AUD/USD is trading bullish, rising to the highest levels seen in nearly six weeks early on Tuesday over rising optimism about economic activity restarting in some countries around the world. At the time of writing, AUD/USD is trading around 0.644.

The risk sentiment in global financial markets received a boost as some countries started exploring ways to resume economic activity, at least partially, and move away from the lockdowns as the number of infections peaks. AUD/USD gained as much as 17% from March’s lows but has since eased slightly.

Australia is one of the countries that has begun easing the lockdown, with states announcing withdrawal of travel restrictions. Meanwhile, one of the worst affected nations, Italy, is looking to reopen factories and resume construction activities from May 4, bringing an end to one of the longest lockdowns seen in Europe.

Some states in the US have also stated easing shutdowns, allowing for commercial activities, including reopening restaurants and movie theaters. Gains in AUD/USD, however, have failed to give a boost to NZD/USD which is trading under pressure because of the recent aggressive statements of the RBNZ.