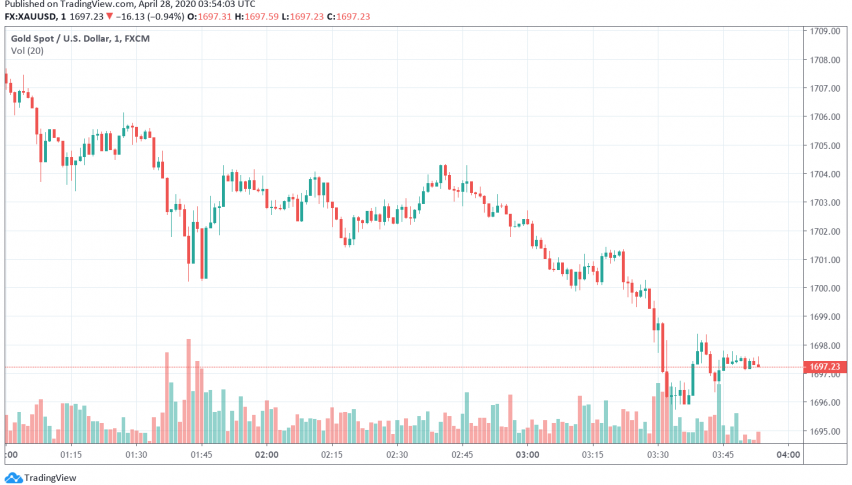 Gold Dips as Some Countries Look to Restart Their Economies

Gold prices continue to trade bearish on Tuesday over the improvement in overall market sentiment as traders eagerly look forward to some countries resuming economic activity after several weeks of shutdowns. At the time of writing, GOLD is trading at a little above $1,697.

On Monday, gold edged lower as US Treasury yields received a boost while traders switched to riskier assets over rising expectations for economies to reopen soon across the world, at least partially. The safe have appeal of the yellow metal came under pressure as several countries hinted at easing lockdown restrictions and restarting some forms of economic activity as the number of infections peaks in some of the worst affected regions of the world.

Gold prices also weakened after US stocks turned bullish over hopes for some American states to also resume economic activity, even though the number of cases continue to rise across some parts of the US. However, the yellow metal is likely to remain supported in the coming months over fears of a global economic recession which could last through this year even after the pandemic is brought under control.

Despite partial resumption of economic activity, the global economy is expected to contract severely on account of the extended lockdowns, rising unemployment and severe economic crises driven by the coronavirus pandemic. Economists expect recovery to take much longer than previously anticipated, which is likely to keep gold’s safe haven appeal supported in the near future.