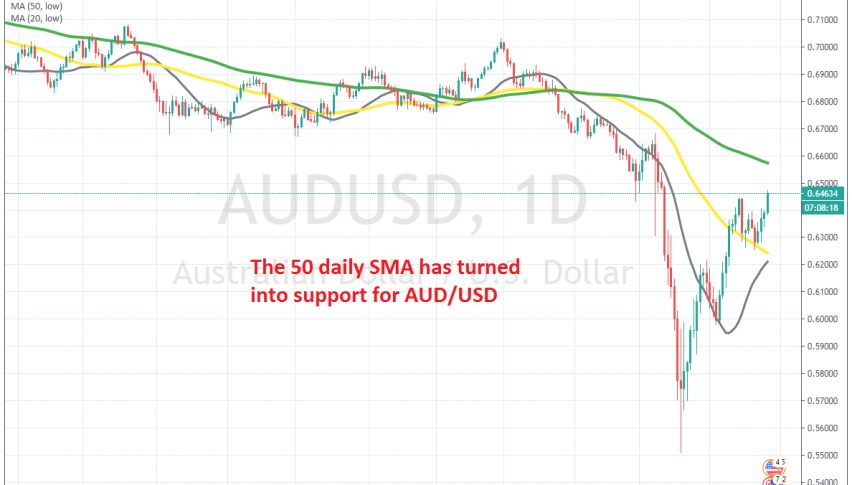 The 50 SMA Keeps AUD/USD Bullish on the Daily Chart

AUD/USD turned bearish right after this year started, after having retraced higher during the last three months of last year. This pair lost more than 5 cents during January and February, but then crashed down in March, as conronavirus spread globally. Australia has been keeping the spread of the virus under control so far, with not as many people infected as in Europe, but the Aussie fell nonetheless, as the USD surged.

The decline accounted for about 12 cents but ended by March 20 and started reversing higher as the USD retreated lower. The price moved above the 20 SMA (grey) but then started puling back lower. Although, the 20 SMA turned into support, holding during the decline lower.

Eventually, buyers returned again as the 20 SMA held well and AUD/USD climbed higher again. This time the 50 SMA (yellow) was broken and this pair climbed above 0.64. By the middle of this month sellers became active and they pushed AUD/USD lower, but the 50 SMA held on two attempts and AUD/USD bounced off of it. Now buyers remain in control, and I think that they will push higher, at least until the 100 SMA (green).