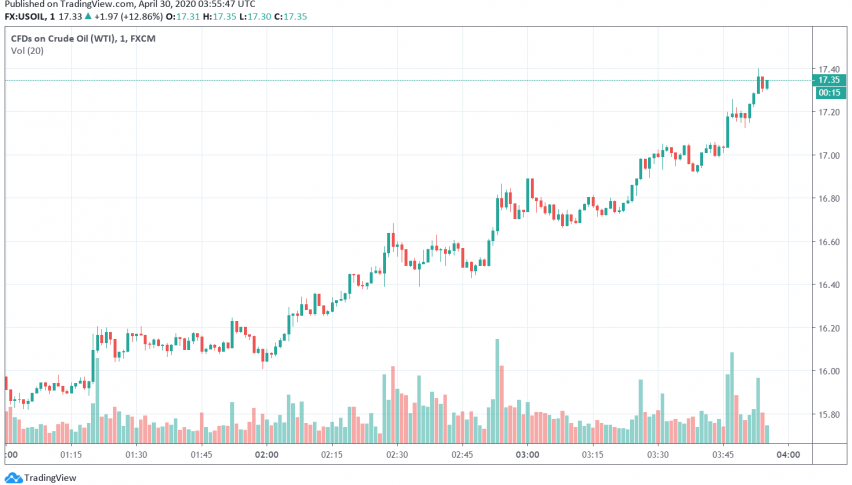 WTI crude oil prices continue to climb higher on Thursday, continuing their bullish run from the previous session, after US revealed a less than feared rise in crude inventories over the past week. At the time of writing, WTI crude oil is trading at around $17.35 per barrel.

On Wednesday, WTI crude oil gained along 22% of its value as markets were reassured that the possibility about oversupply amid weakening demand was less grave than previously feared. However, oil prices are likely to remain volatile in the near future as the focus remains on the coronavirus pandemic and its impact on the global economy and oil demand.

US oil received a boost in the previous session following the release of the EIA report, which revealed a 9 million barrel increase in US crude stockpiles over the past week. The build-up in inventories came in less than economists’ forecast, which was for a rise by 10.6 million barrels instead.

Crude oil has also been trading bullish lately over hopes that economies across the world are looking to reopen as the coronavirus pandemic appears to have peaked in some regions. Meanwhile, the US government is also looking at ways to support oil companies in the country amid the sudden crash in prices, supporting the bullishness in WTI oil.