Daily Brief, May 1: Everything You Need to Know About Gold Today - Forex News by FX Leaders 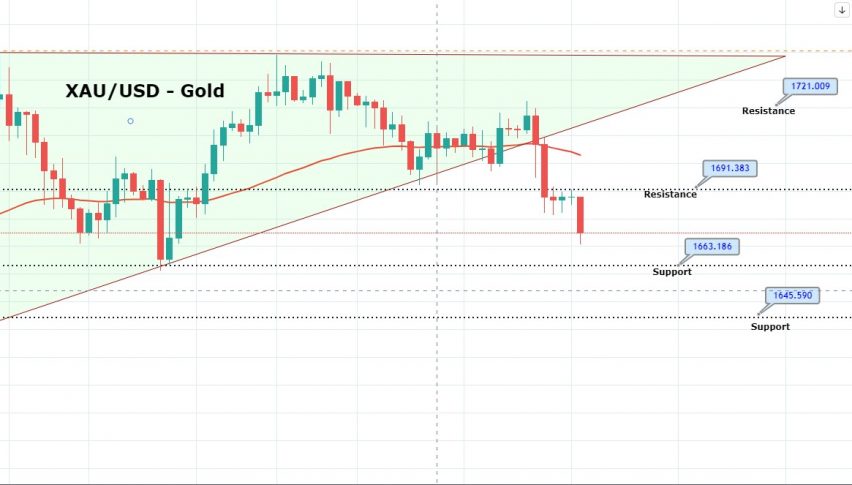 Daily Brief, May 1: Everything You Need to Know About Gold Today

The market is likely to exhibit thin volatility as global markets enjoy the May 1, Labour Day holiday. Despite this, the precious metal gold is still on the move. Yesterday, GOLD closed at 1686.67 after placing a high of 1722.04 and a low of 1681.34. overall the movement remained bearish throughout the day. At the beginning of the trading day on Thursday, the yellow metal rose due to US dollar weakness, but in the afternoon, it started to decline and continued declining to post losses at the ending day of the month.

During the last month, gold was in high demand due to safe haven appeal amid the efforts to minimize the spread of coronavirus pandemic, which led to the shutdown of global economic activities. Gold was supported heavily by the safe haven demand, and posted a 6% gain in the month of April after posting a loss for the previous two months.

However, on Thursday, the precious moved in a bearish trend despite the weakness of the US dollar across the board. It was due to the increased number of easing of restrictions across the globe. The decline in gold prices over the past week including Thursday was due to the signs that more than half of 50 states of the United States were reopening activities that were under lockdown due to the pandemic. This decreased the potential for the safe haven, which was caused after the widespread of COVID-19 and weighed on yellow metal prices.

The Personal Income for the month of March declined by 2.0% against the forecast -1.6% and put pressure on the US dollar. At 18:45 GMT, the Chicago Purchasing Managers Index (PMI) for the month of April was released, which also showed a decline in the manufacturing sector by 35.4 against the expected 38.0 and weighed on the dollar.

Most data came against the US dollar on Thursday, especially the closely watched data of unemployment claims, and made the US dollar weak across the board at the ending day of the month. The weak US dollar drove the precious metal gold in the reverse direction and gave a push to its prices on Thursday in the beginning of the US session. But the decreasing potential of safe-haven in the market made it difficult for the yellow metal to remain in a bullish trend, and hence gold ended its day with a bearish candle.

Gold has violated the upward trendline, which supported it around 1,695 levels. On the 4 hour timeframe, it has violated the ascending triangle pattern, which was supporting the precious metal around the 1,700 level. After the violation of 1,700 level, bearish also managed to violate another double bottom support level of 1,691 level. At the time of covering, the 1,691 double bottom support is also violated as gold is going after the next target. For now, the closing of candle below this level may drive further selling until the next support level of 1,669 and 1,664 today.