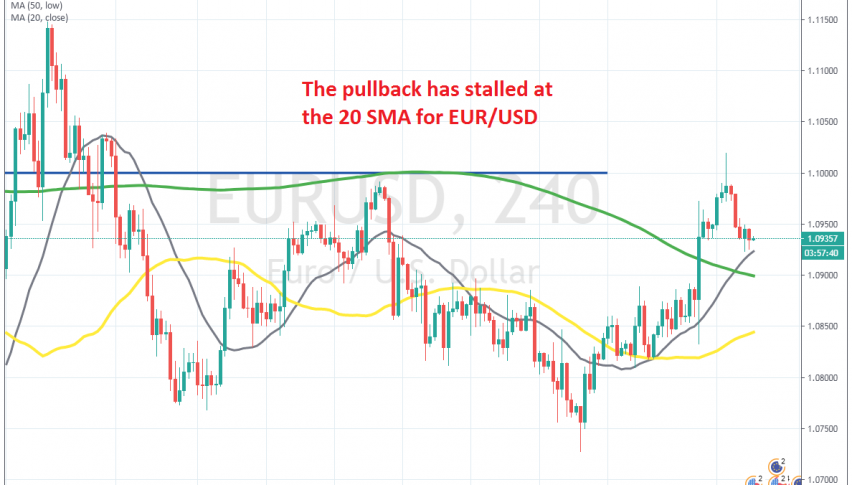 EUR/USD has had some really interesting times since late February. This pair surged more than 8 cents during late February and the first two weeks of March. But, the surge ended at 1.15 by the middle of March and EUR/USD tumbled nearly 9 cents lower.

Since then, this pair has moved up and down, with the range narrowing as the volatility declined. But, on Friday last week we saw this pair surge higher. EUR/USD gained around 200 pips that day, as the USD turned bearish, despite better-than-expected US ISM manufacturing figures.

Although, the climb ended after EUR/USD formed an upside-down hammer candlestick on the H4 chart, which is a bearish reversing signal. This pair has pulled back around 100 pips lower during the Asian and European sessions today but the decline has stalled at the 20 SMA (grey). If we get a bullish reversing signal, we might go long from here on this pair.