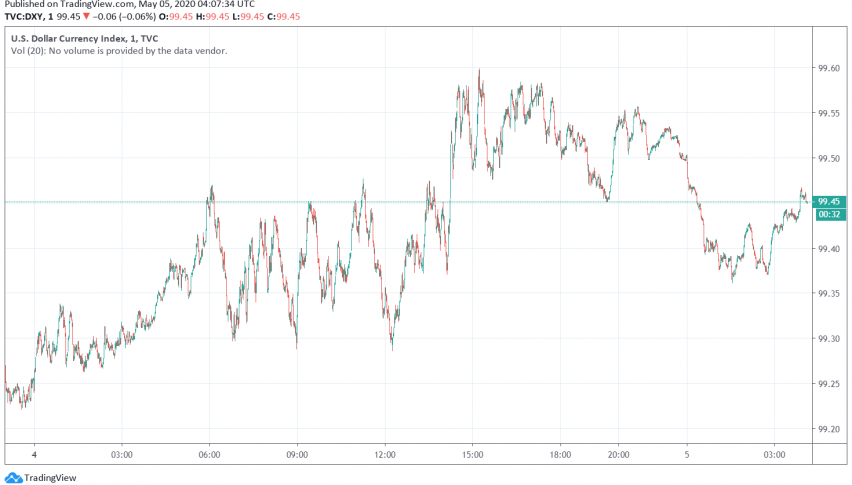 US Dollar Recovers Even as Market Sentiment Improves as Economies Reopen

Commodity currencies are making gains against the US dollar, supported by rising crude oil prices and an improvement in the market sentiment as traders look forward to some countries reopening their economies after the coronavirus pandemic. At the time of writing, the US dollar index DXY has gained some of its strength and is trading around 99.45.

Meanwhile, currencies like the AUD and NZD are edging higher, recovering from a bout of weakness seen during the previous session. Even the Chinese Yuan has managed to strengthen against the US dollar, rising after touching the lowest level in six weeks on Monday.

Even though the mood in the markets received a boost from latest headlines about countries across Europe and Asia restarting economic activity, there is an air of caution among traders owing to Trump’s latest teenagers remarks against China. Trump looks set to step up pressure against China, holding it responsible for the current crisis worldwide and alleging that it concealed the extent of severity of the outbreak initially.

US-China trade tensions are back on the radar and weighing on the market sentiment all over again as Trump hinted at the possibility of raising tariffs against Chinese goods while blaming it for the present pandemic. A resumption of the trade war cannot come at a worse time even as the global economy looks set to suffer a deep recession due to the ongoing pandemic, which is helping support the safe haven appeal of the Japanese yen and preventing the US dollar from weakening too much as well.