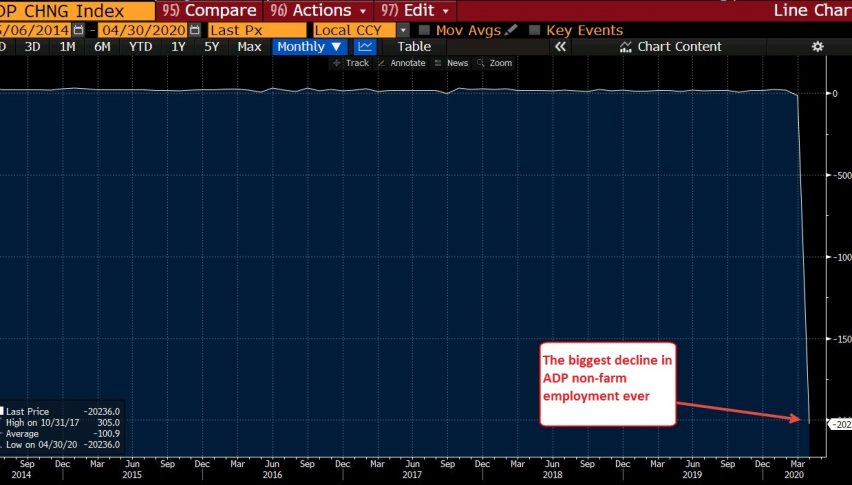 US ADP non-farm employment posted a strong cool off in November, increasing by only 67k, when it used to increase by around 200k on a monthly basis. But, it came back to those level in the following months, until March, when it turned negative, showing a 27k decline that month, which was revised lower to -149k today.

But, April was going to be much worse, since the lock-down became more severe last month. Today’s report was released a while ago, and it is showing a massive decline of more than 20 million people. This is horrendous. Below is the report for April: