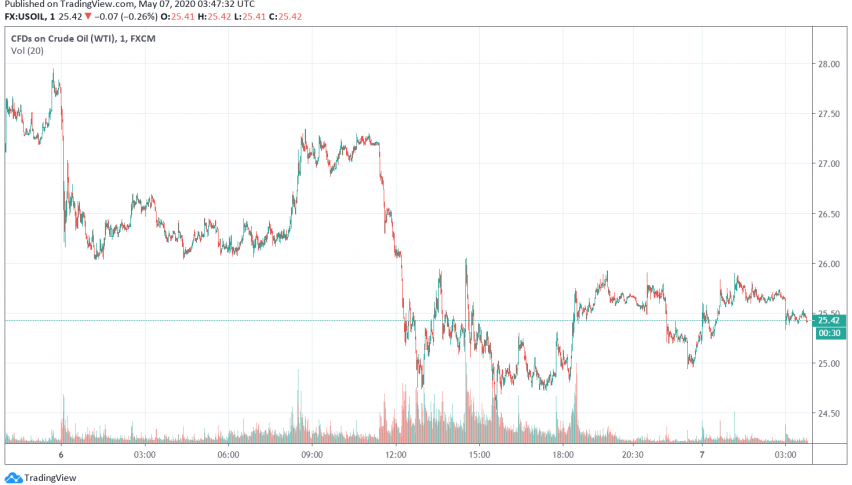 On Thursday, WTI crude oil prices have resumed their bullishness, supported by a less than forecast build in US crude inventories over the previous week which has helped allay concerns about a supply glut. At the time of writing, WTI crude oil is trading at around $25.42 per barrel.

According to the EIA report which released during the previous session, crude stockpiles in the US increased by 4.6 million barrels over the past week. However, the build-up was less than economists’ expectations, which was for a rise of 7.8 million barrels for the period.

After the sudden crash in prices during March and April, crude oil prices have started recovering over the past few days as some countries have signaled their interest in resuming economic activity after weeks of lockdowns. With the lockdowns fading, oil demand is expected to improve in the coming weeks, and help oil prices rise higher.

Meanwhile, OPEC and its allies have started deeper supply cuts since the beginning of this month, which has also helped remove some concerns about oversupply in markets amid weak demand. OPEC+ has committed to curb oil production by nearly 10 million bpd to offset the sharp fall in global oil demand in the wake of the coronavirus crisis.