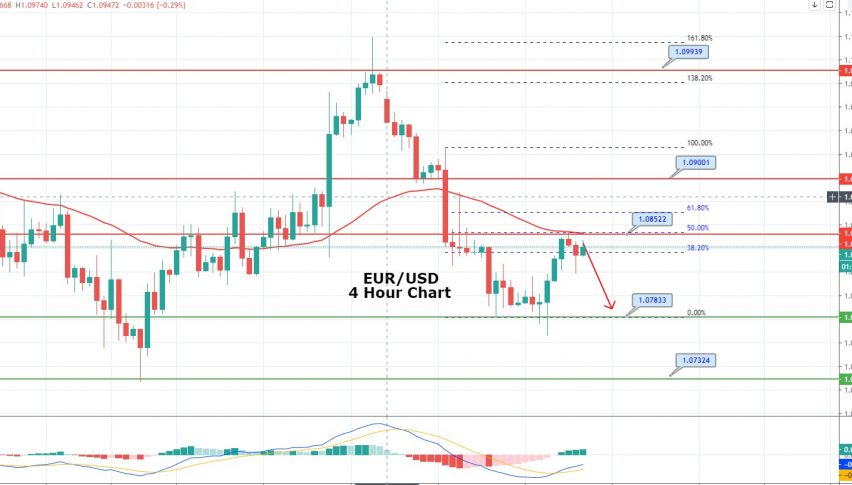 EUR/USD stopped its previous day’s losing streak and soared to 1.0845 while representing a gain of 0.13% on the day. The bullish bias is mainly due to broad-based US dollar weakness amid risk-on market sentiment. The haven currencies like the Japanese yen lost traction. Meanwhile, the dollar index, which tracks the value of the greenback against majors, is consolidating near 99.70 at press time, representing a 0.20% drop on the day which kept the currency pair higher near 1.0845.

On the other hand, EUR traders failed to pay any major attention to the latest German stats, which showed that the number of confirmed coronavirus cases rose to 167,300, with a total of 7,266 deaths reported on Friday, as per the German disease and epidemic control center, Robert Koch Institute (RKI). Whereas, the cases rose by 1209 in Germany on Friday against Thursday’s +1284. The death losses rose by 147, as per the tally report.

At the data front, the NFP report is scheduled to release at 12:30 GMT, which is expected to show that the US economy dropped a record 24 million jobs in April, and the unemployment rate rose to 14% from 4.4%, according to analysts at Goldman Sachs. In the meantime, traders will also keep their eyes on the number and share of workers on furlough or temporary layoffs.

Moving on, the huge job losses (bigger-than-expected) will likely help EUR/USD pair to take bids, but the gains may be temporary or short-lived because the markets seem to have priced in the weaker figures. 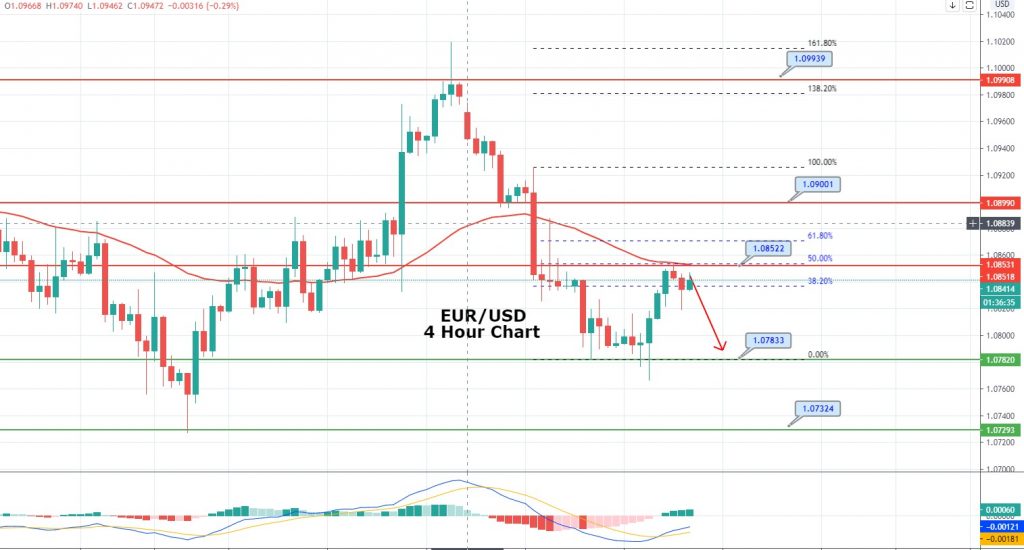 EUR/USD extends to follow the same technical outlook as it has an immediate resistance around 1.0855, and the closing of candles below 1.08549 is suggesting odds of selling bias in EUR/USD. Overall, the pair has formed a descending triangle pattern on the daily chart, which is suggesting chances of bearish trend continuatio, but before that, 1.0780 support should become violated. Bearish bias appears dominant today.