Trying to Go Long on NZD/USD at the 0.65 Support - Forex News by FX Leaders 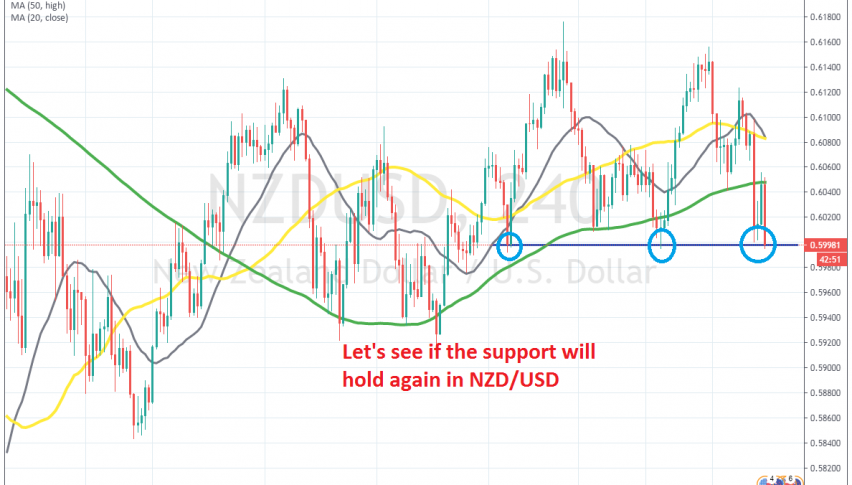 Trying to Go Long on NZD/USD at the 0.65 Support

NZD/USD turned bullish by the middle of March, after it crashed nearly 10 cents lower during the first half of that month, as coronavius broke out in Europe. The reversal was almost as ferocious as the crash, with the USD going through a major bearish reversal during that period.

Although, the strong move upwards ended towards the end of March, as NZD/USD ran into the 20 SMA (grey) on the daily chart. That moving average provided resistance in the first attempt and reversed the price lower, but after a 200 pip retrace lower, this pair turned bullish again and broke above the 20 SMA on that time-frame chart.

That was a sign that buyers were still in charge and the bullish momentum would continue. Although, the pace slowed since then and it turned more into a normal trend, with pullbacks lower and larger bullish moves, as opposed to the big surge in the second half of March. But the trend has stalled this month and NZD/USD has been trading in a range, topping at 0.6160-70, while at he bottom the support stood at 0.66.

During the Asian session, the 100 SMA (green) was broken but the support at 0.66 stood and we saw a bounce from there. Although, the 100 SMA turned into resistance now and reversed NZD/USD back down, as the USD gained some more momentum. The price returned back to the support and we decided to go long from here, hoping for another bounce higher.