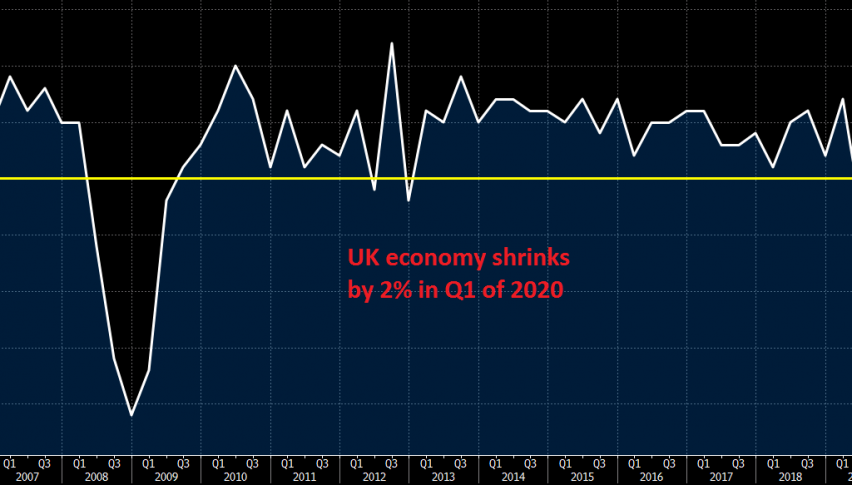 The UK economy was rebounding well in the last few month, as of 2019 and the first coupe of months of this year, after a cool off in 2019. But, the coronavirus flu broke out in Europe in March and all the previous efforts to revive the economy went down the sink in the blink of an eye. The economy is showing a major contraction for March, which looks even worse considering that the UK went into shutdown only towards the end of March, so April will be much worse.

There was a slight delay in the release by the source this morning. The drop isn’t as bad as anticipated but the UK only went into full lockdown on 23 March, so conditions in April and Q2 are going to be much worse than what is reflected here two months ago.

Manufacturing, Industrial Production and Construction Below:

Yup, with the UK only having gone into strict lockdown on 23 March, economic conditions in April and Q2 will be much worse – especially since the start of Q1 was also slightly boosted by election sentiment following Boris Johnson’s victory. As for easing lockdown measures, hoping for common sense from the masses never tends to work out too well. All it takes is one bad apple to ruin the whole bunch. But let’s see.