Daily Brief, May 18: Everything You Need to Know About Gold on Monday - Forex News by FX Leaders 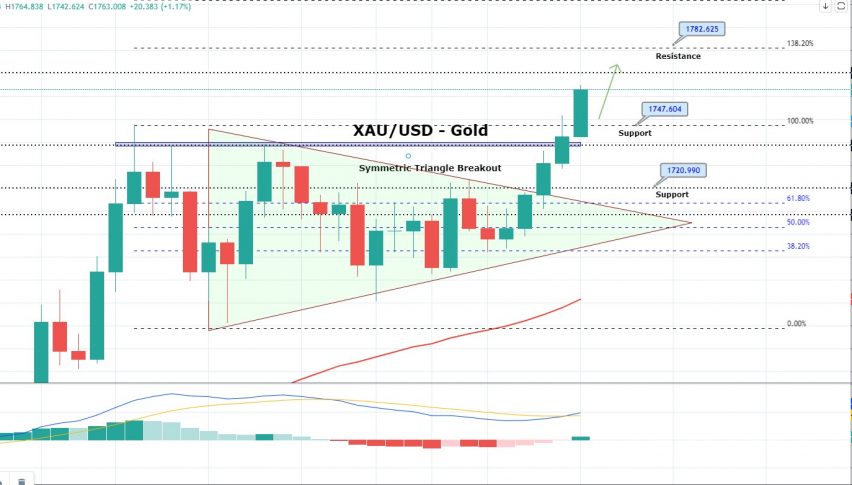 Daily Brief, May 18: Everything You Need to Know About Gold on Monday

The precious metal gold prices closed at $1741.67 after placing a high of $1751.71 and a low of $1728.59. Overall the movement of gold remained bullish throughout the day. GOLD prices on Friday posted gains for the fourth consecutive day on the back of US dollar weakness amid poor than expected US economic data. The yellow metal posted its multi-month high on Friday and reached above $1750 level. On Friday, at 17:30 GMT, data released showed that the US Retail Sales fell by 16.4% during April against the expectations of 12.0% fall. The Core Retail Sales for April showed a 17.2% drop against the forecast drop of 8.6% and weighed on the US dollar.

The Empire State Manufacturing Index for May came in at -48.5 against the expectations of -65.0 and supported the US dollar. At 18:15 GMT, the Capacity Utilization Rate by Federal Reserve showed that in April, 64.9% of available resources were used by manufacturers against the expectations of 63.9% and also supported the US dollar.

The Industrial Production during April also dropped by 11.2% against the forecast decline of 11.3%. Though the figure came under expectations, it was still negative, which means a decline in industrial production, and put downward pressure on the US dollar. The US Prelim UoM Consumer Sentiment came in favor of the US dollar when it exceeded expectations of 68.0 for the month of May and came in at 73.7. It means that consumers’ financial confidence for US economic conditions was better than the expectations. The Business Inventories, however, dropped to -0.2% from the forecast -0.3% and weighed on the US dollar.

On Friday, the worst monthly performance from the closely watched US Retail Sales and Industrial Production drove the safe-haven gold above multi-months high. In the first quarter of this year, the US economy contracted by 4.8%, a sharp declin since the Great Recession in 2007-2009. On the other hand, all the 50 states in America have reopened their economies from the lockdown, while economists have warned a sharp recession to come after the second quarter, which means more rise in Gold prices could be seen.

Furthermore, Larry Kudlow, chief economic adviser of Donald Trump, said on Friday that there were probabilities that the US would cut the corporate tax rate by 50% for American companies that were currently working overseas, only if they shift their production back to the United States. He reiterated that maybe corporate tax of 21% would be reduced to 10.5% for overseas American companies shifting their production back to the US.

The rise in gold prices could also be attributed to the worsening US-China relationship. On Thursday, President Donald Trump said that he was very disappointed with China for mishandling the pandemic spread. He added that it could hurt the phase-one deal made with China earlier this year, which was previously considered as a big achievement.

However, Donald Trump, who is seeking reelection in November and has been criticized for his handling of the coronavirus spread, denied fixing ties with his Chinese counterpart, Xi Jinping. He also said that he was prepared to cut off whole relations with China to punish it for its failure to contain the virus and damage the global economy. This increased the tensions between US & China and raised the bars for a renewed trade war between the two biggest nations, and ultimately helped gold to pick up its pace on the ending day of the week. 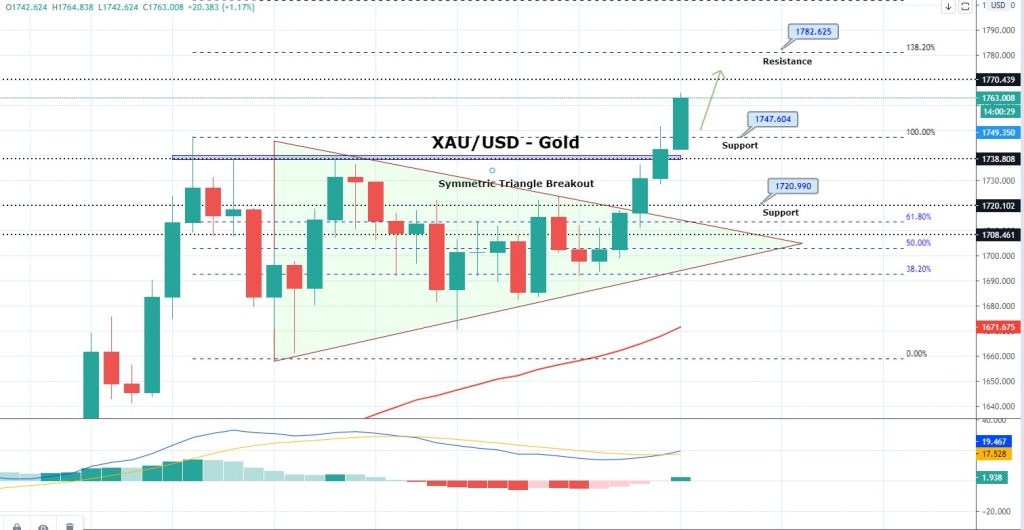 Gold is now heading north towards 138.2% Fibonacci retracement level, which holds around 1,780, but on the way, it may find an immediate resistance at 1,765 while support can be found around 1,745 area. The MACD and 50 EMA are suggesting strong buying in gold today.

Forex Signals Brief for Jul 27: Can Bitcoin Hold onto its Gains?
3 hours ago