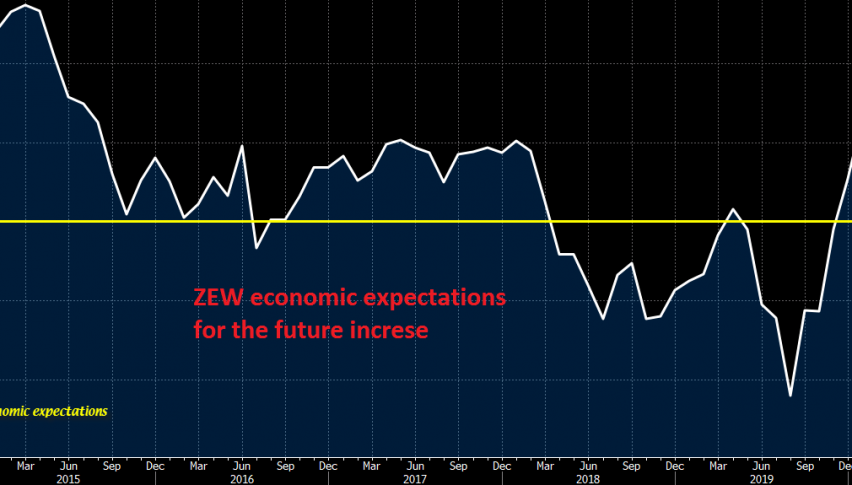 Expectations are positive, but the current situation is pretty bad

But, come March and this indicator dived pretty hard, after the coronavirus broke out in Europe. The current economic sentiment has been deteriorating since then, but at least expectations are improving. Below is the German and the Eurozone ZEW economic sentiment indicator:

Despite the headline reading slipping a little bit more – reflecting more subdued economic conditions – optimism is actually growing that there will be an economic turnaround in Germany and Europe from the summer onwards. But, we will see how the reopening of the continent goes.