Daily Brief, May 20: Everything You Need to Know About Gold Today - Forex News by FX Leaders 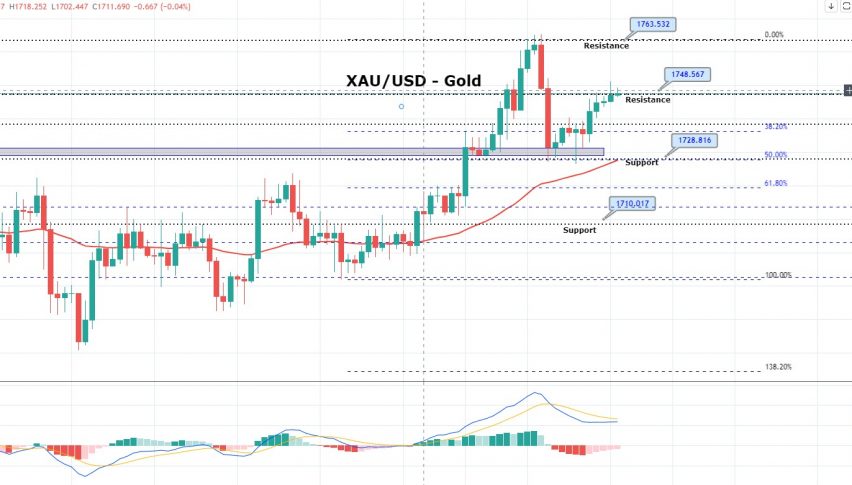 Daily Brief, May 20: Everything You Need to Know About Gold Today

The precious metal gold prices closed at $1744.21 after placing a high of $1747.91 and a low of $1725.74. Overall the movement of gold prices remained bullish throughout the day. GOLD prices posted gains on Tuesday after US Treasury Secretary Steven Mnuchin warned that if coronavirus lockdown continued for months, then the US economy could face permanent damage. He added that job numbers would fall to a worse level before they get better. Trump administration’s officers said that the government could suffer losses from the risky loans it issued during the pandemic. Mnuchin told the senators that the Fed was fully prepared to take losses in certain scenarios. Though he spared the details about certain scenarios, he said that Treasury was ready to distribute the entire amount of $500 billion to recover the economy from coronavirus crisis.

Gold prices rose 0.7% after the uncertainty emerged in the market about how economies would recover from a slowdown caused by the pandemic. Treasury Secretary Steven Mnuchin and Fed Chair Jerome Powell said that more stimulus was needed to push the US economy back to its line on Tuesday.

The increased uncertainty in the market rose gold prices on Tuesday. However, the optimism related to a potential virus vaccine limited the upward movement of gold and held the prices below $1745 level.

Meanwhile, the fears of further escalation in trade disputes between the US & China gave a push to the yellow metal prices on Tuesday. Nasdaq Inc. was set to impose new restrictions on IPOs; this will make it difficult for Chinese companies to introduce their shares in the stock exchange. The latest restriction on Chinese IPOs by NASDAQ added to the already disrupted relationship between both countries and raised the safe-haven demand in the market.

Furthermore, US President Donald Trump on Tuesday announced that he would stop US funding to the World Health Organization (WHO) if it failed to demonstrate independence from China. This also increased the trade tensions in the market and hence raised gold prices. The Chinese president Xi Jinping joined the UN Health agency’s annual assembly via video conference in order to offer more money and support. On the other hand, Donald Trump complained to the WHO in a letter accusing it of covering up the coronavirus outbreak with China. In that letter, he threatened to halt the US funding to WHO if it does not show substantial improvement.

Trump’s administration denounced the financial aid provided by China to the WHO as an attempt to influence WHO. The UN Health agency was facing pressure from member states to investigate whether China showed a lack of transparency in the early days of an outbreak or not. Member states have called for an investigation on China to determine the role of the Chinese government in the spread of the coronavirus and to determine whether the Chinese government met its obligations under international health regulations, to tell the truth, and warn the rest of the world on time.

On the data front, the US dollar remained weak on the back of poor than expected Housing Starts, which came in as 0.89M against the 0.95M of expectations during April. The weaker USD added in the upward trend of gold prices on Tuesday. 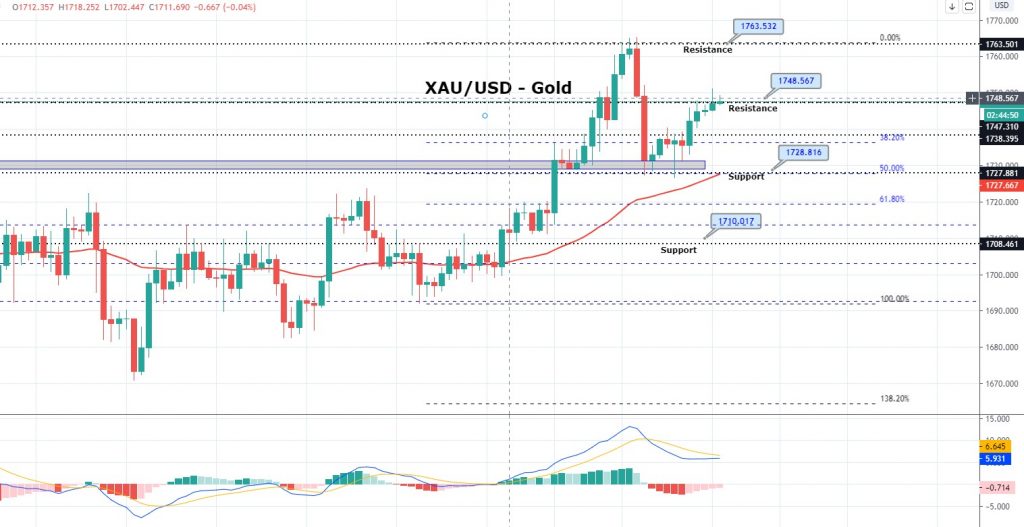 On the technical side, gold has completed 50% Fibonacci retracement at 1,727 level, and closing of candles above this level have the potential to lead prices higher towards 1,754 and 1,763. While the 50 EMA is also supporting bullish bias. At the same time, the MACD is forming smaller histograms on the selling side, signaling chances of bullish trend continuation in gold.