Daily Brief, May 21 – Everything You Need to Know About Gold on Thursday - Forex News by FX Leaders 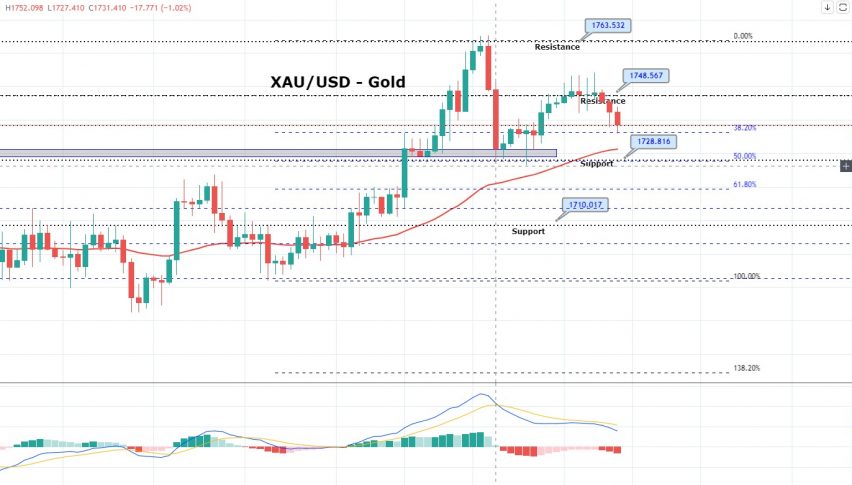 Daily Brief, May 21 – Everything You Need to Know About Gold on Thursday

The yellow metal gold prices closed at $1746.87 after placing a high of $1753.90 and a low of $1742.53. Overall the movement of gold remained bullish throughout the day. GOLD prices were on the road to close above $1750 for the first time since 2012 on Wednesday amid massive stimulus measures and uncertainty about the potential coronavirus vaccine. However, the rally remained limited due to the ongoing risk-on market sentiment on the hopes of economic recovery.

On Wednesday, Federal Reserve released its April’s meeting minutes, which showed deep concerns about the current US economy and the possibility of the need for further support measures if the downturn in the economy persists. In the minutes, officials raised concerns about the second wave of coronavirus and its impact on lower-income households. Minutes indicated that more action from the Fed to stimulate the economy would be needed later this year.

Fed kept its interest rates in a range between 0% and 0.25% and said it has no plans to move the rates until a recovery was firm in its place. Another specific threat noted in the minutes was for the banking sector, and its potential for bankruptcies from non-financial companies. Fed officials warned about such a situation and said that banks should be prepared for that kind of scenario, and in order to cope up, they should limit the payout to shareholders.

Jerome Powell, the chairman of Federal Reserve, said that the central bank of the United States was looking at extending access to credit facilities to additional borrowers, including to states with a smaller population.

On the other hand, the tensions between the US and China intensified on Wednesday after US Secretary of State Mike Pompeo congratulated the President of Taiwan, Tsai Ing-wen, on her second inauguration. China has shown its anger over the warming ties of Trump’s administration with Taiwan. Pompeo, in a written statement, said that “Her re-election by a huge margin shows that she has earned respect, admiration, and trust of the people on Taiwan.” He also praised her courage and vision in leading Taiwan’s vibrant democracy and said that she was an inspiration to the region and world.

Whereas, China’s Ministry of Defense, in response to Pompeo’s remarks, issued a statement that showed strong dissatisfaction and firm opposition and called Taiwan an inalienable part of China. China’s anger towards the US administration added to the fire of already disturbed relations between the two countries and raised uncertainty in the market. This increased the demand for the safe-haven metal, and hence gold prices surged on Wednesday. 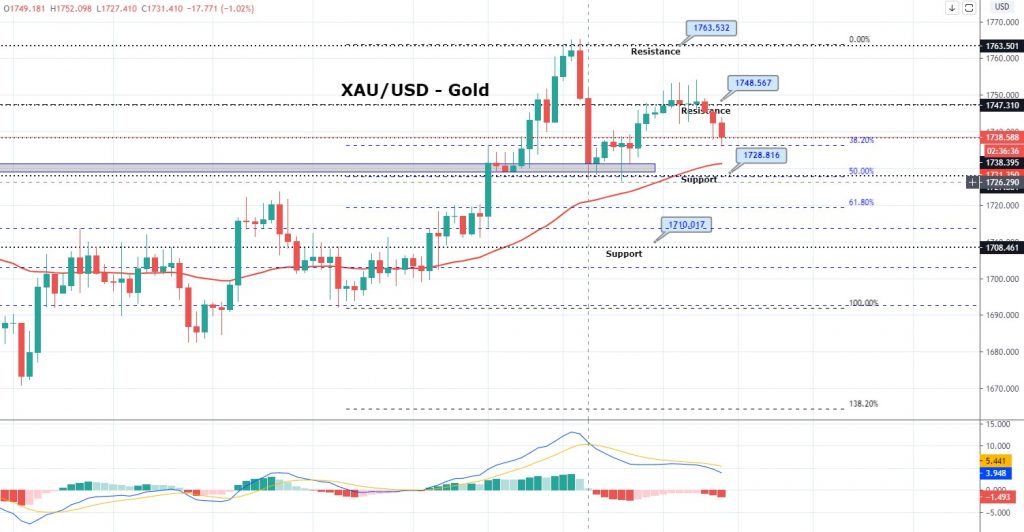 Gold has completed 50% Fibonacci retracement at 1,727 level, and closing of candles above this level has the potential to lead prices higher towards 1,754 and 1,763. While the 50 EMA is also supporting bullish bias. At the same time, the MACD is forming smaller histograms on the selling side, signaling chances of bullish trend continuation in gold.

Gold Bullish Bias Dominates - Can it Target 1,836 Today?
3 days ago