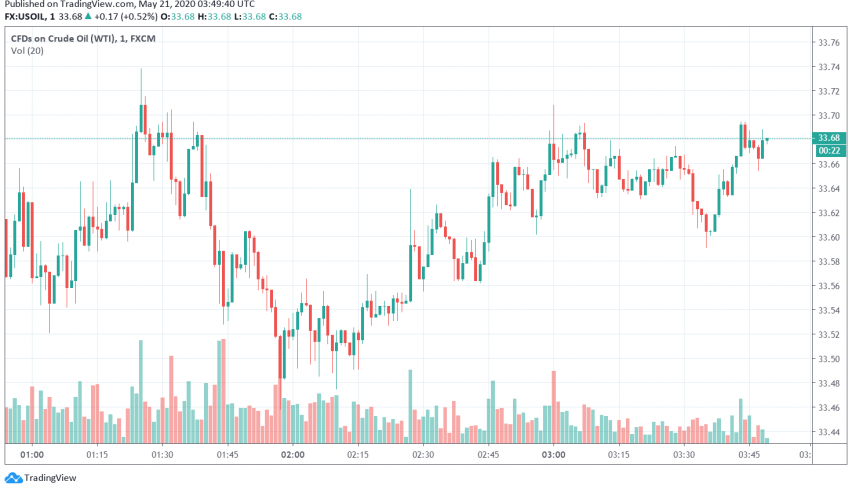 WTI crude oil prices are trading upbeat early on Thursday, rising over optimism about a drawdown in US crude inventories over the past week. At the time of writing, WTI crude oil is trading at around $33.68 per barrel.

The EIA report which released during the previous session revealed that crude stockpiles in the US fell by 5 million barrels last week, against economists’ expectations for a 1.2 million barrel rise instead. The unexpected reduction in inventories helped offset some concern among oil traders about a possible supply glut in the face of weakening demand due to the shutdowns across the US and the rest of the world.

However, analysts have cautioned that the fall in stockpiles was driven more by supply cuts than by a pick-up in demand as most of the country is still to resume economic activity. Even in other parts of the world where economies have reopened, oil demand is expected to remain weak as most sectors are not fully operational yet due to the need for social distancing.

OPEC+ countries implemented a 9.7 million bpd cut in crude supply starting this month, which has helped stabilize oil markets and supported the rise in crude oil prices lately. OPEC secretary general Mohammad Barkindo has confirmed that the leading oil producers of the world will continue to adhere to the supply cuts and be open to additional curbs, if required.